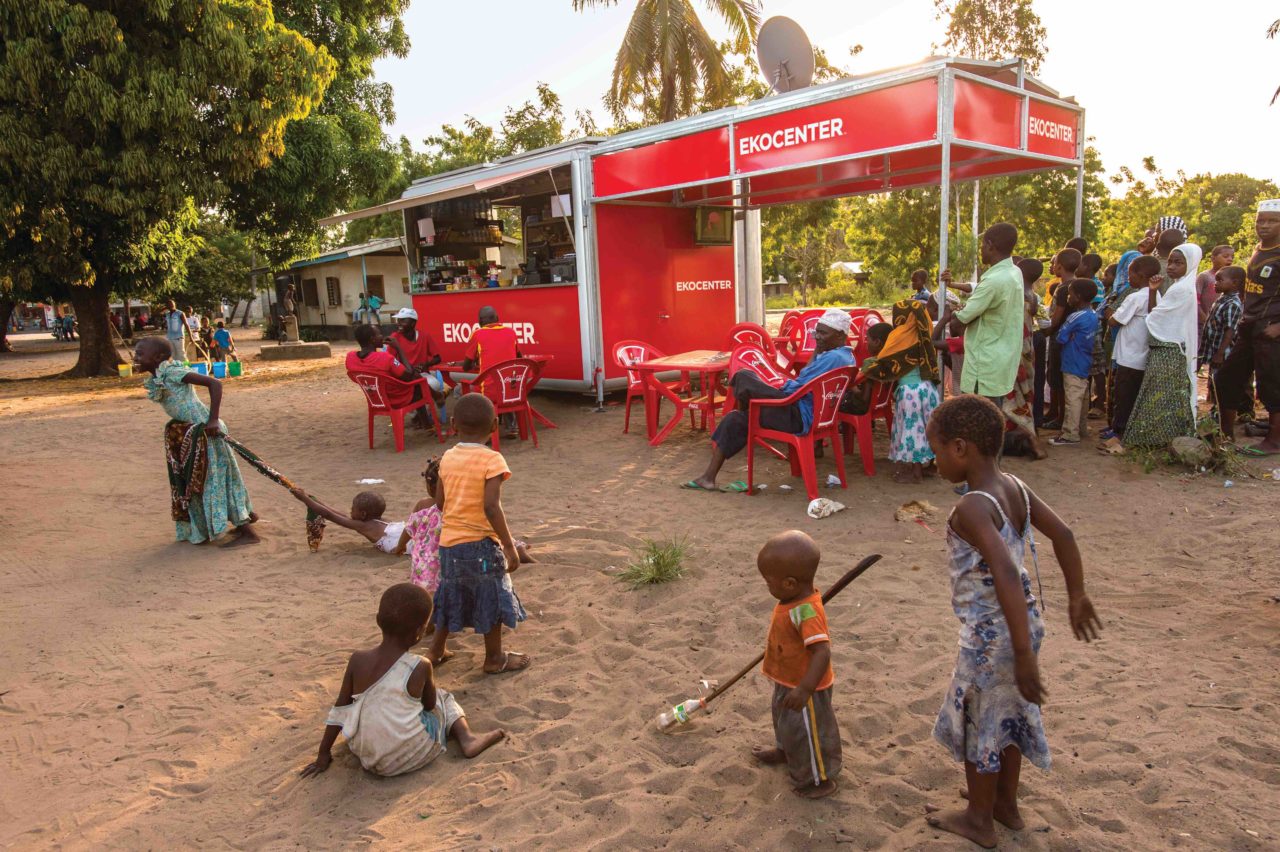 Ekocenter is not just a commercial play nor a purely philanthropic platform, but rather a combination of both, Bartlett said in an interview with Via Satellite. The project — which he defined as a “social enterprise” — is built around providing utilities that are often lacking or non-existent in developing communities, such as access to internet, power, and safe drinking water. If Coca-Cola can help address some of those needs, “that provides a fantastic foundation for us to then layer on additional services as a result of us having those enabling utilities in place,” Bartlett said.

Coca-Cola is working alongside Non-Governmental Organizations (NGOs), local governments, and other private companies to address these deficiencies in a way that is financially sustainable. The company is primarily targeting sub-Saharan Africa, Southeast Asia and, in the future, Latin America, where the infrastructure for terrestrial connectivity leaves much to be desired. Terrestrial operators will usually only build out their fiber networks to areas that can offer a substantial and guaranteed Return on Investment (ROI), which means many of these communities go underserved. Satellite connectivity, of course, is a useful alternative due to its broad footprint and bandwidth flexibility.

From a social perspective, the benefits can be as simple as providing entertainment, such as gathering the community together to watch a movie or a soccer game. “We can enable that through downloading or caching that content rather than live streaming it,” Bartlett noted. Coca-Cola is also looking for ways to expand the connectivity to the broader ecosystem around the kiosks, such as bringing nearby schools, health care centers, and community centers online.

From a business perspective, the Ekocenters’ solar power combined with Wi-Fi opens up opportunities such as e-commerce, banking, advertising and marketing, or passing along relevant market prices to local farmers. According to a study by the World Bank, a 10 percent increase in broadband penetration also correlates directly to a 1.38 percent increase in Gross Domestic Product (GDP) growth. “There’s tangible data that proves that out,” Bartlett said. “That ties directly into our mission of accelerating social and economic growth to the benefit of all.”

Moreover, Bartlett said he has observed the Ekocenters acting as a catalyst for other business owners in the community. “We’ve seen little businesses start popping up around where we’ve placed Ekocenters because they see that there’s more traffic generated. So you see the community’s entrepreneurial spirit come to life as a result — which is what we want,” he said. “That is particularly rewarding.”

Observant governments may also be motivated to reallocate resources to accelerate local infrastructure developments. Bartlett describes this phenomenon as the “one plus one equals three effect” — where rapid development begets further investment, and momentum ramps up as the community looks toward the future.

Independent financial sustainability is the long-term goal for each Ekocenter kiosk, as Coca-Cola does ultimately intend to use this development to generate more income for itself. A curious strategy the company practices is employing women to run the Ekocenters wherever it is culturally appropriate. One reason is because this falls in line with Coca-Cola’s 5by20 program, which aims to economically empower five million women by 2020.

More pragmatically though, studies have shown that women tend to be more responsible with the income they generate. “Women will reinvest the vast majority of every dollar they make back into families, back into communities, which helps further economic growth, security and stability,” Bartlett said.

Like other satellite operators, one of Intelsat’s main business incentives is bridging the digital divide in remote areas. For Bartlett, this is where Intelsat and Coca-Cola’s motivations align: “Their shared vision and values combined with the technical expertise and mobile broadband satellite solution that they bring was what really made a difference for us,” he said.