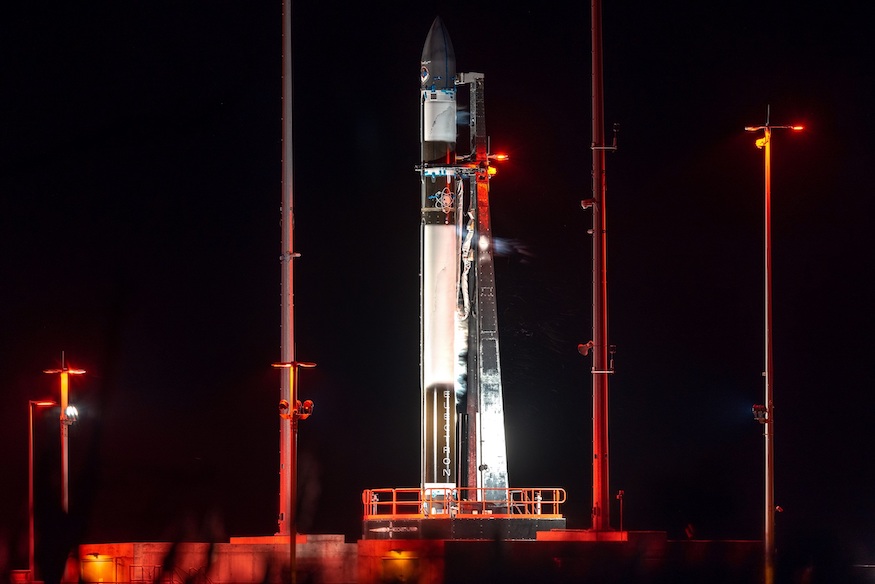 Rocket Lab completes a wet dress rehearsal from Wallops Island ahead of its first launch from the U.S. Photo: Rocket Lab

Rocket Lab has completed the final launch rehearsal before its first mission from the U.S. set for December. It will be the inaugural launch from Launch Complex 2 at NASA’s Wallops Flight Facility on Wallops Island in Virginia. The mission has a launch window from Dec. 7 to 20.

As part of the wet dress rehearsal, Rocket Lab rolled the Electron rocket out to the launch pad,  raised it vertically and loaded it with fuel and liquid oxygen. The launch team then conducted a full launch countdown, ending before the final step of igniting the engine.

“This mission is a significant moment for Rocket Lab and a pivotal milestone for Virginia’s long legacy in spaceflight,” said Rocket Lab CEO and founder, Peter Beck. “With wet dress rehearsal now complete, we’re excited to move into launch operations for this historic mission.”

The “Virginia Is For Launch Lovers” mission support customer HawkEye 360 —  the first of three Electron launches for HawkEye 360 in a contract to launch 15 satellites between late 2022 and 2024.

The first LC2 launch has been delayed for nearly two years. The complex has been finished since early 2020, but there have been delays with the Autonomous Flight Termination System (AFTS) that will be used at the range. Rocket Lab said Nov. 21 that NASA is continuing to make progress to certify the AFTS software required for the launch. Beck told investors earlier this year the company has “absolute assurances” from NASA that the AFTS will be complete on time.