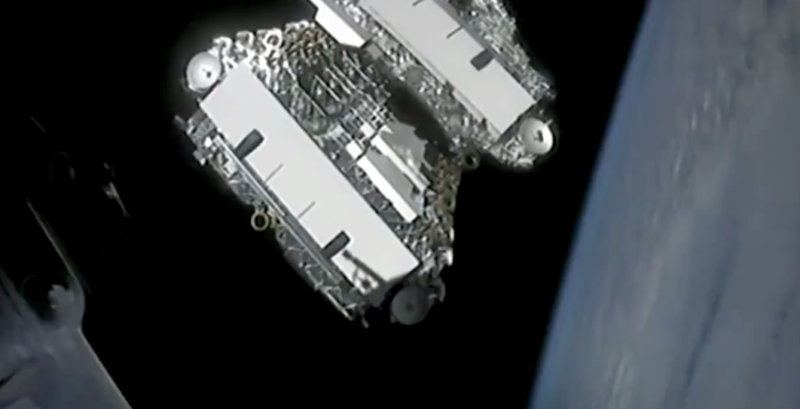 SpaceX launched an additional 60 Starlink satellites on Wednesday, marking more than 420 satellites launched for the company’s Low-Earth Orbit (LEO) constellation. A Falcon 9 booster launched the satellites at 3:31 p.m. EST from Space Launch Complex 40 (SLC-40) at Cape Canaveral Air Force Station in Florida. The first stage booster landed successfully on the ‘Of Course I Still Love You’ droneship, and the 60 satellites deployed about 15 minutes after liftoff.

“That image is always so beautiful and catches me each time,” Starlink engineer Lauren Lyons said in the live broadcast as she watched the satellites separate.

This was the fourth time that the Falcon 9 booster used in the launch was flown. It was previously used for the first Crew Dragon test demonstration mission in March 2019, RADARSAT constellation launch in June 2019, and a January Starlink launch. The fairing was also re-used, and was previously part of the AMOS-17 launch in August 2019.

Starlink is designed to provide fast, reliable internet service to unserved and underserved areas. This was the seventh batch of Starlink satellites launched, and the fifth this year. SpaceX previously launched batches of 60 Starlink satellites earlier this year on March 18, Feb. 16, Jan. 29, and Jan. 7. Before that, 60 were launched both in May and November of 2019, and SpaceX also launched two prototype Starlink satellites in February 2018.

SpaceX CEO Elon Musk confirmed on Twitter on Wednesday that SpaceX has put up 422 Starlink satellites, and said that the two test satellites, Tintin A and B, are being deorbited.

SpaceX is also preparing for its Demo-2 mission, in which it will launch NASA astronauts aboard its Crew Dragon spacecraft for the first time on May 27. The end-to-end flight test will mark the first time astronauts are transported to the International Space Station (ISS) from American soil since 2011.