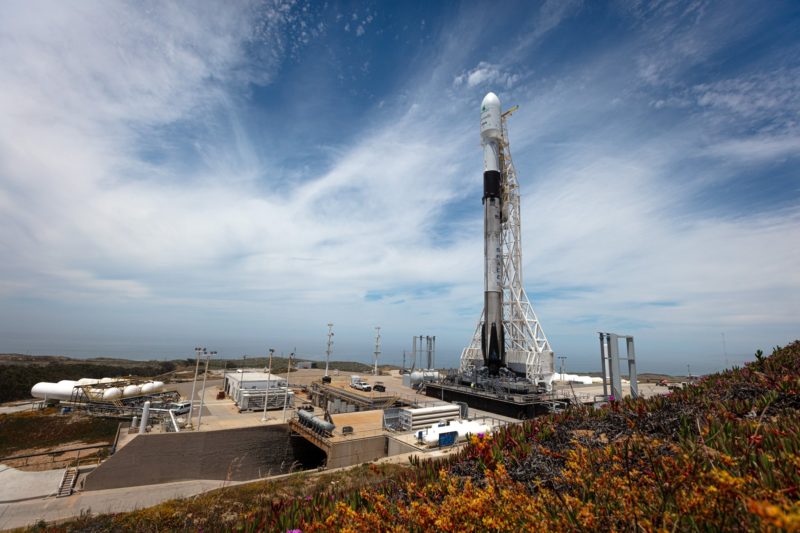 A SpaceX Falcon 9 rocket, which will launch RADARSAT satellites for Canada. Photo: SpaceX

SpaceX launched three RADARSAT Constellation Mission (RCM) satellites, developed by MDA for the Canadian Space Agency, aboard a SpaceX Falcon 9 rocket from the Vandenberg Air Force Base in California. According the release, the satellites began sending and receiving signals from space and will now go through a series of in-orbit maneuvers and tests before entering service later this year.

MDA is the prime contractor for the project and was responsible for the engineering design, construction and testing of the three satellites, the ground segment and operations development. Launch was provided by MDA subcontractor SpaceX. MDA is also providing mission operations services for the first year on orbit, supporting the integration of RCM into mission-critical activities across the Canadian government.

“We are thrilled to see the RCM satellites successfully launched,” said Mike Greenley, group president of MDA. “The RADARSAT Constellation Mission builds on the legacy of RADARSAT-1 and RADARSAT-2, and on Canada’s expertise and leadership in Earth Observation from space. RADARSAT data has been critical to enhance the Canadian economy and to ensure sovereignty and security of our vast interests, while contributing to our role in the international community on issues impacting our planet.”