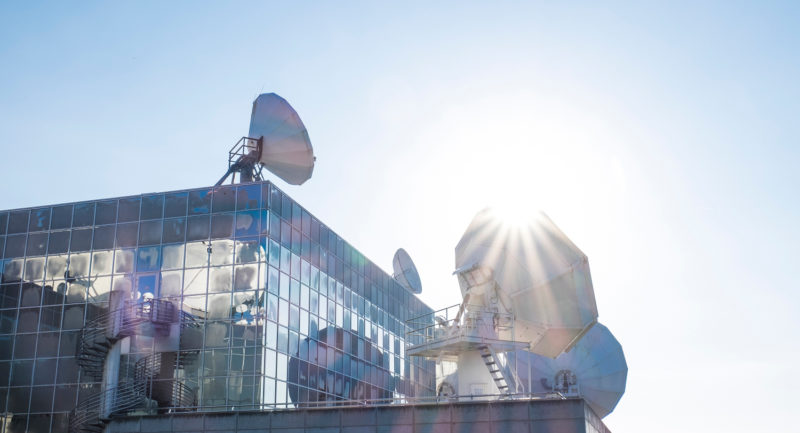 SES CEO Steve Collar would not confirm or deny reports that merger talks are underway between SES and Intelsat in a call with investors on Thursday. Collar spoke on Aug. 4 during the operator’s first half of 2022 conference call, after the Financial Times reported the two companies are in “active discussions.”

“We’re not going to comment any more than we ever do on market rumors and industry rumors,” Collar said. “Generally what I’ve said is that industry consolidation is a good thing and I think will result in rationalization of the industry. Of course from an SES standpoint, we will do things only in the best interest of our shareholders.”

The satellite industry is currently going through two large instances of consolidation — Viasat/Inmarsat and Eutelsat/OneWeb, which was announced last week.

A recent Credit Suisse report highlighted the synergy of a hypothetical SES/Intelsat merger, estimating that if the operators merged, it could provide more than 30% uplift to the equity value.  A potential combination could generate synergies with a net present value of $2.6 billion, the report said.

In addition, the first launches for SES’s next-generation O3b mPOWER constellation also slipped to the fourth quarter of this year. The satellites were previously expected to launch in the third quarter. Collar said the satellites have entered final testing.

“This is a strategic project that is going to drive growth for SES for the next decade. It is game-changing in its capability. We’re having to be a little more patient than we would like, but the good news is that we’re fully locked in for three launches this year, and have a solid in-service date for Q2 [2023], and no change in our [revenue] trajectory,” he said.

Video underlying revenue of 501 million euros ($513 million) was down 7% year-on-year, including planned impact of lower wholesale revenue in the U.S. SES said there were lower volumes in mature markets, yet growth in HD+ and sports and events. Including periodic revenue of 10 million euros ($10.2 million) in Q1 2022, overall Video revenue was 5.1% lower in the first half of the year compared to last year.

Networks underlying revenue of 387 million euros represented a growth of 2.1% year-on-year compared to the first half of 2021. Mobility revenue was up 16% in the time frame, and Fixed Data grew 2.8% in the time frame.

SES said the rapid U.S. withdrawal from Afghanistan last year contributed to 7.5% decline in Government revenues in the Networks segment in the first half of 2022 compared to last year. Financials from DRS Global Enterprise Solutions acquisition were not included in this quarter but will be included in the third quarter results.