SES CEO Steve Collar: ‘We Have Two Businesses Under the Same Roof’ 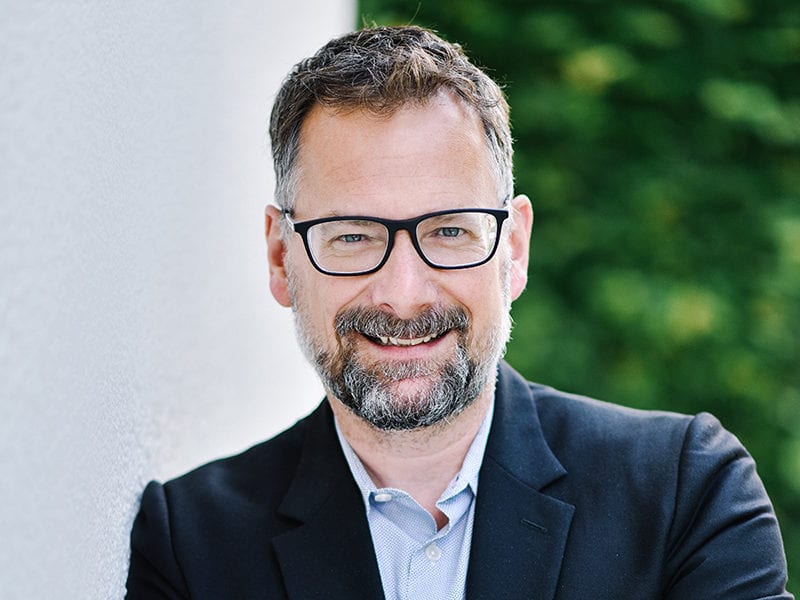 As SES announced its 2019 financial results earlier this week, the satellite operator also set forward a new strategic plan which could ultimately result in its Video and Networks business becoming separate entities. The company, which has seen 20% revenue growth of its Networks business over the last two years, is now looking make moves that will position it even more for future growth. SES CEO Steve Collar spoke to Via Satellite about the results, and what’s next for SES’s both Video and Networks business.

VIA SATELLITE: What do you feel were SES’ highlight achievements this year?

Collar: The first thing is that we have met our EBITDA guidance. That is both pleasing and important. Delivering on our promises to the market is what we aim all year to do and that makes it eight quarters of performance in line with expectation. We are also happy to be comfortably below our leverage targets.

Secondly, we have been working on the C-band project for two and a half years. What happened on Friday with the FCC’s final order vote was really significant in my mind and moves this important project on very meaningfully in our view. We are moving to a phase when we can focus on what repurposing this spectrum means and executing on the plans that we have been working on at the CBA for the last two years. It’s exciting because it offers us the opportunity for us to both protect our customers and their neighborhoods and to re-capitalize our business.

Finally, we introduced our Simplify and Amplify initiative, an important marker for the future of SES. We will explore the possibility of separating our Networks business within SES with the goal to accelerate growth and provide strategic flexibility. We will increase our focus on our core strengths and simplify our operations. These will help us generate important EBITDA margin expansion. And last but not least, we will invest more in innovation. We have established a leadership position in [High-Throughput Satellites] HTS, [Non-Geostationary Orbit] NGSO, cloud, automation, orchestration, software-defined networking, and other next-generation capabilities. We will invest more in these areas as we believe they will give us a strategic advantage.

Collar: I wouldn’t say it underperformed. We hit our guidance in Networks and grew the business nicely. It is true that growth in 2018 was particularly high and that we were in a 4.5% growth range in 2019. Looking at this through a slightly wider lens, that performance reflects 20% growth over the last two years, and we are guiding towards double-digit growth in 2020.

The trajectory is clear — we have a Networks business that is capable of growing in double-digit fashion for the foreseeable future, and this is what we intend to execute on. We see a long runway for our Networks business and we are super excited about the arrival of SES-17 and O3b mPOWER in 2021.

VIA SATELLITE: Realistically, what is the time frame for making a decision on the future structure of the Networks business?

Collar: [The] announcement is about exploring a potential separation within the SES group. We will now broaden this exploration within the company and will be engaging with ratings agencies, tax specialists, and investors. There is no set of circumstances where I would imagine that SES would not be the owners of the Networks business. By looking at the business separately, we can show the development of the business more clearly to investors and provide ourselves with optionality in the future. We also provide ourselves with the ability to rapidly scale.

VIA SATELLITE: I know you are calling this an investigative approach towards Networks, but is the reality it is likely to be spun off sometime in 2020 or 2021?

Collar: This is not what we are saying and certainly not the focus initially. We will explore the creation of Networks as a separate entity within SES initially and that we may consider external capital if we think that will enable us to capture a bigger share of the enormous opportunity in data. But we are not there yet, and we clearly have some work to do since we are simply announcing our intent. When you talk about spin-off, I don’t see it as being a de-merged business. It is about how we benefit from the growth and the very unique value proposition that we have developed for the Networks business.

VIA SATELLITE: What is significant about this strategic transformation you announced today? It spoke about investigating a two vertical approach? Can you explain what this is?

Collar: If we think about our business from an investor standpoint. We have two businesses under the same roof. We have a video business where we have great visibility of future revenues. It is very cash-generative, modest in terms of investments, value being driven by the best neighborhoods with fantastic market share. But, it is also a mature business that is orientated around yield investors.

On the Networks side, we have a very fast-growing business, double-digit growth, with a need for capital investment so we can position ourselves as a leader within an exciting and growing area. This is a business in which you want to retain the value and invest in growth. Today, we ask our investors to invest in both of those simultaneously without providing full visibility into either. By creating pure play verticals, we will give investors visibility and, potentially, the ability to invest in either or both.

But it is also about strategic flexibility. We think that the industry would benefit from consolidation and we think that doing this work now may put us in a better position to drive or participate in that consolidation if, and when, the time comes.

VIA SATELLITE: Is video more about managed decline now?

Collar: No. Our [Direct-to-Home] DTH customers are right-sizing their businesses/platforms given the emergence of [Over-the-Top] OTT. Our customers want to provide their customers with their content on all devices and in all forms. Satellite is a fundamentally important part of that ecosystem and it will be for a long, long time. In Germany, 50% of households access their content using SES satellites. We reach 365 million households worldwide. But, customers are right-sizing their satellite platforms. We think that reaches a good equilibrium in the medium term.

We are also doing some exciting things in video. We are leveraging cloud and our partnership with Microsoft, for example. Over the last 6-12 months, I think we have done a good job of articulating clearly where we play well in terms of products and services in the video side of our business. SES360, a great tool to allow our customers to control and manage their content for example. There is a bunch of innovation we are undertaking to make sure we are providing value to our customers.

VIA SATELLITE: What markets might you look to exit, as an example?

Collar: In Video, we have been too broad, and in Networks, we have probably tried to be too many things to too many people. We are seeing more and more customers move to the cloud, and cloud playout. We have a business supporting third party broadcast customers on other peoples’ satellites. I would say we are not going to do that in the future with a handful of exceptions. In terms of playout, content management, these are areas where we can embrace new technology and do those things much more efficiently in the future. In some cases, it is about stopping doing things, and in other cases, it is about doing things more efficiently and leveraging new technologies.

VIA SATELLITE: How are relations with Intelsat now?

Collar: We were pretty disappointed with Intelsat’s change in direction and its 11th hour attempt to renounce its commitment to the C-Band Alliance and the FCC. Personally and professionally we thought it was pretty poor and doesn’t reflect well on an organization with a great reputation for straight dealing. We are now focussing on what we need to do. We will work towards the final order and deliver on the promises and undertakings that we have made to the FCC. As for Intelsat, we will hold them to the commitments that they have made.