Artist rendition of the DirecTV 15 satellite, which Astrium will build.
Photo: Astrium

DirecTV has selected Astrium to build the latest addition to its communications satellite fleet. The satellite will be based on Astrium’s Eurostar E3000 platform and will be placed in orbit at the start of 2016.

The satellite will provide broadcasting services through up to 60 Ku-band transponders to Brazil, ensuring continuity of legacy services countrywide, while at the same time expanding into new services such as HDTV. To do so, it will be capable of providing overall coverage across Brazil, as well as regional television channels through 20 spot beams.

“The new satellite will allow us to continue to take advantage of the tremendous opportunity for growth in Brazil,” said Phil Goswitz, senior vice president, space and communications for DirecTV.

The satellite will have a launch mass of 6,300kg and electrical power exceeding 16kW. It is designed to have a nominal orbit lifetime of more than 15 years.

Media Networks Launches Wholesale Ka-Band Internet Service for Homes
Media Networks’ new satellite Internet service for homes is now fully operational and ready for commercialization. The announcement was made after the successful conclusion of the connectivity testing of the nine carriers for the nine satellite Internet beams in Ka-Band (ISAT-KA). The testing was conducted from the Lurin, Peru NOC and the ISAT-KA new hubs in Laredo, U.S. and Arica, Chile. These hubs will be complemented in the future by two additional teleports that will continue to expand service coverage.

Different operators in each country of Latin America will market the ISAT-KA service. This first phase covers nine beams of 125,000 square km each in territories of Brazil, Mexico, Chile, Colombia, Argentina, Ecuador and Peru.

“The satellite Internet wholesale service for homes is a reality in Latin America and we are pleased to be the pioneers of this technology in the region,” said Werner Schuler, CEO of Media Networks, who highlighted ISAT-KA’s potential to complement coverage offered by fixed networks, and its importance toward universalizing access to broadband in Latin America.

Hispasat’s Amazonas 4A Near Completion, Readies for Launch 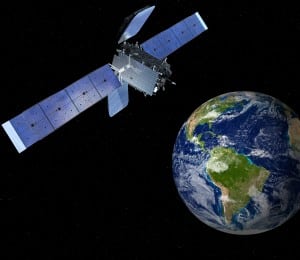 Hispasat Group’s Amazonas 4A telecommunications satellite, scheduled for launch in December, has entered the final stage of its construction process at Orbital Sciences Corporation’s facilities in Dulles, Virginia. In record time, just 18 months since the program commenced, the Amazonas 4A, Hispasat’s 11th satellite, has finished its main integration phase and is almost complete.

The satellite is now in the final testing phase, during which it is being subjected to the extreme conditions that will be endured in space with the aim of verifying that it will operate correctly in its geostationary orbit 36,000 kilometers from Earth. Once testing is complete, the Amazonas 4A will be dispatched to French Guiana ahead of its launch in mid-December by Arianespace’s Ariane 5 ECA rocket.

Hispasat’s new satellite, built on Orbital’s GEOStar 2.4 platform, will be located at orbital position 61 degrees west. It will carry a payload of 24 Ku-band transformers with coverage for South America – from Venezuela and Colombia to southern Argentina and Chile – and satellite performance will be 46 to 48.5 dBW throughout the South American mainland.

The Amazonas 4A will provide Hispasat Group with additional capacity in Latin America to satisfy the burgeoning demand for telecommunications services in the region, which is poised to rise further with Brazil staging two major sports events in the coming years: the 2014 Football World Cup and the 2016 Olympic Games.

RigNet Selects Embratel for Data and Internet Solutions
Brazilian telecommunications company Embratel has signed an agreement with RigNet, a global provider of remote communications to the oil and gas industry, to provide data and Internet solutions through its Primelink, Business Link Direct and Datasat Plus services. Thus, RigNet will meet demands from the oil and gas sector in Brazil and Latin America supported on Embratel’s infrastructure.

Embratel’s Primelink service provides dedicated, high-performance circuits for RigNet, avoiding delays and performance variations. This solution offers interconnection of telecommunications infrastructure and support for IT applications that require dedicated and transparent end-to-end circuits. Business Link Direct offers 100 percent guaranteed bandwidth for Internet access and upload speed equal to download. Datasat Plus offers high reliability and multi-speed transmission to interconnect various network points in Brazil without the need of having RigNet terrestrial infrastructure. This is a customized solution that connects, via satellite, points in places that are difficult to access for the corporate network through exclusive digital communication circuits used for data traffic, voice and video, establishing communication with employees, suppliers and other partners.