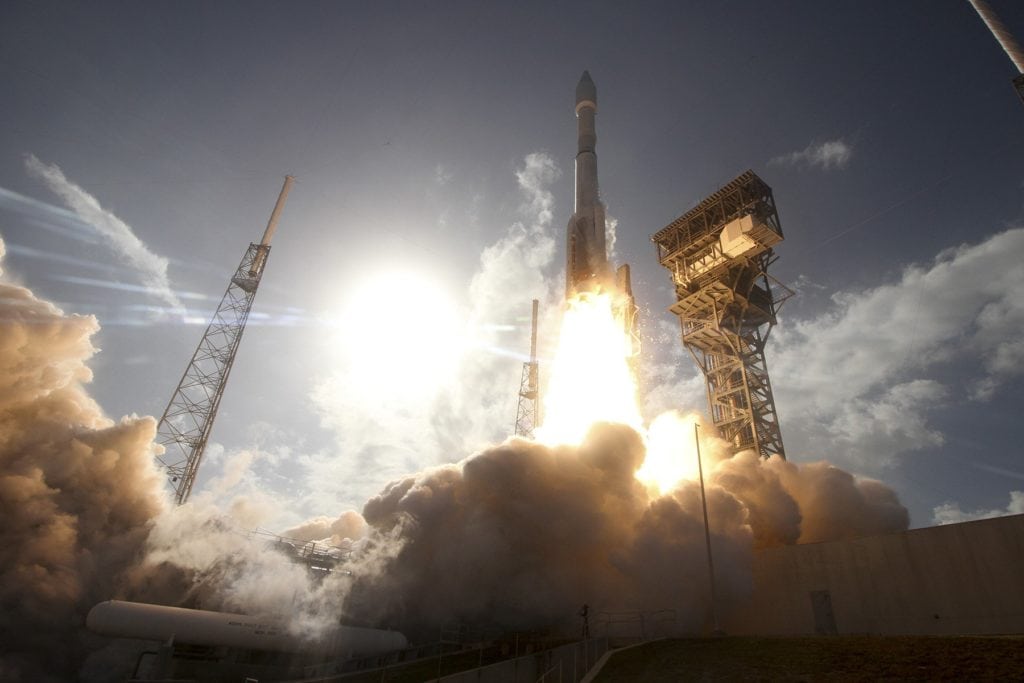 [Via Satellite 12-19-2016] A United Launch Alliance (ULA) Atlas 5 rocket carrying Hughes Network Systems’ EchoStar 19 satellite successfully lifted off from Space Launch Complex 41, Cape Canaveral, Florida on Dec. 18 at 2:13 p.m. EST. Built by Space Systems Loral (SSL) and designed with Hughes Jupiter System technology, EchoStar 19 is a multi-spot beam, Ka-band satellite which in its final orbit will increase capacity for HughesNet high-speed satellite internet service to homes and businesses in North America, according to the company. Lockheed Martin Commercial Launch Services procured the Atlas 5 for this mission and SSL confirmed the satellite is successfully performing post-launch maneuvers according to plan.

EchoStar 19 will spend the next two weeks moving into a geosynchronous orbit 22,236 miles (35,786 kilometers) above the earth at 97.1 degrees west longitude. It will go through extensive testing before going live at the end of the first quarter of 2017, when Hughes introduces its HughesNet Gen5 high-speed satellite Internet service in the U.S. 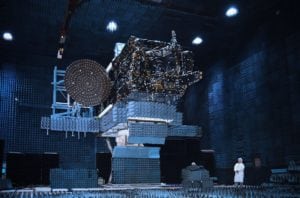 This was ULA’s 12th launch in 2016 and the 115th successful launch since the company was formed in December 2006. The mission was launched aboard an Atlas 5 431 configuration vehicle, which includes a 4-meter Extra Extended Payload Fairing (XEPF) and three solid rocket boosters. The Atlas booster for this mission was powered by the RD AMROSS RD-180 engine, and the Centaur upper stage was powered by the Aerojet Rocketdyne RL10C engine.