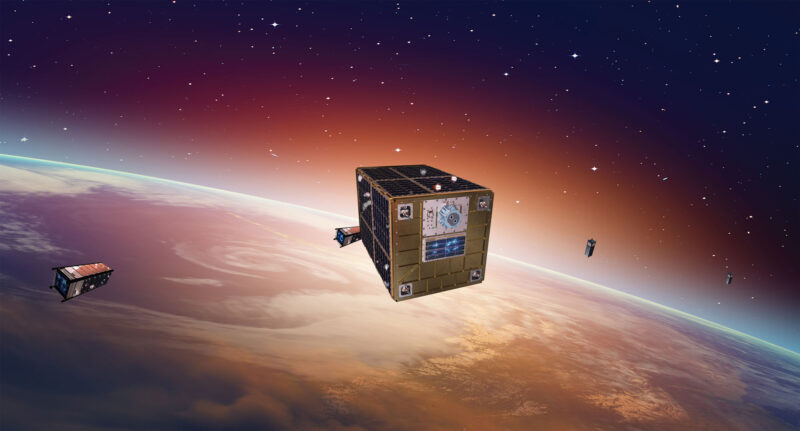 AASC’s technology is a Xantus metal plasma thrusters (MPT), and Benchmark announced Monday it plans to integrate it into its chemical Halcyon HTP propulsion to form a hybrid propulsion system solution.

Most smallsat missions can benefit from the high thrust and speedy maneuver of chemical propulsion, along with the high endurance of electric propulsion, Chris Carella, Benchmark executive vice president of Business Development and Strategy, told Via Satellite.

“We’ve engaged with dozens of electric propulsion companies in non-exclusive ways to work together and collaborate. Because of the budgets, the volume, the size, and the mission objectives of the larger satellites, we have been thinking about hybrid, starting in the ESPA-class and then maybe getting miniaturized,” he said. “[AASC’s] metal plasma thrusters gave us an accelerator button to be able to deliver this effectively and economically in the microsat class. I didn’t think we could deliver the holy grail [of propulsion] to the penny-pinching microsat commercial class, but we can with AASC.”

Carella said having a hybrid propulsion system can allow missions to arrive on station faster, decreasing time until revenue generation.

The companies began a co-marketing agreement earlier this year and the response was “overwhelmingly positive” from the microsat-class satellite customers that Benchmark serves.

AASC’s MPT technology is currently among five proposals with NASA contracts to demonstrate an engine that can power a satellite from cislunar space to an orbit around the Moon and keep it in that orbit for a few months, as a precursor to potentially power a future constellation of NASA cubesats around the Moon.

“This engine, which weighs just 4 kilograms, and occupies just 2 liters, can do something that other competing technologies would require more mass and higher volume and greater complexity with fuel tanks, with heaters. It needs none of that. This is a cold start engine that has absolutely no moving parts,” Krishnan said.

The engine is also scheduled to earn flight heritage during a U.S. Space Force demonstration mission later this year aboard an Orion Space Solutions satellite.

Carella said the agreement is structured so AASC can complete its obligations around this technology, but Benchmark is acquiring any new IP or utility of the metal plasma thrusters as a propulsion system in space. Krishnan will serve as an advisor to Benchmark, and a key employee of AASC will join Benchmark as well.