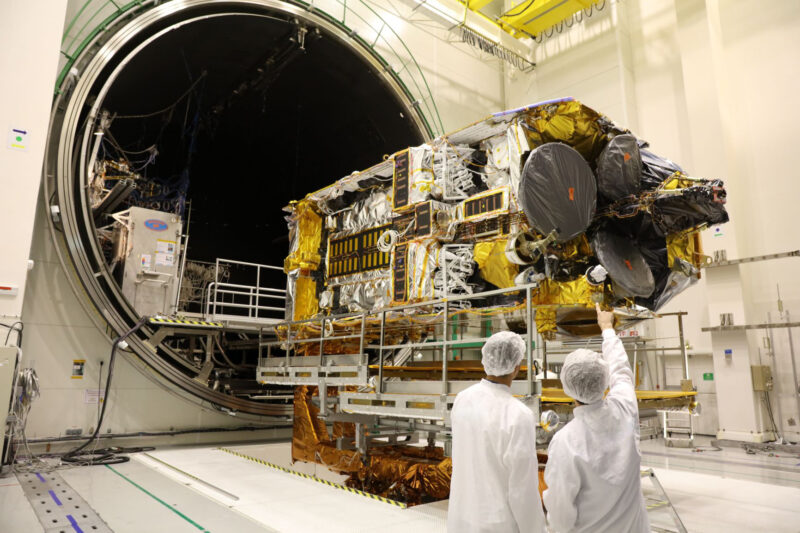 The satellite, manufactured by Airbus Defense and Space in Stevenage and Portsmouth, U.K., is about the size of a double-decker bus with a wingspan larger than a commercial airplane. Thermal vacuum testing will ensure that the satellite can operate in the harsh conditions of space.

Inmarsat plans to launch I-6 F2 in the first quarter of 2023. The satellite will ride on a SpaceX Falcon 9 rocket launched from from Cape Canaveral, Florida.

Inmarsat’s I-6 system incorporates increased capacity and new technology that will play a crucial role in building its planned dynamic mesh network ORCHESTRA. It will also provide L-band services, delivering an enhanced platform for customers looking to embrace next-wave technologies such as the Industrial Internet of Things.

The operator’s first I-6 satellite, I-6 F1, was launched by Mitsubishi Heavy Industries (MHI) launched in December.

A total of seven I-6 satellites are planned for Inmarsat by 2024.