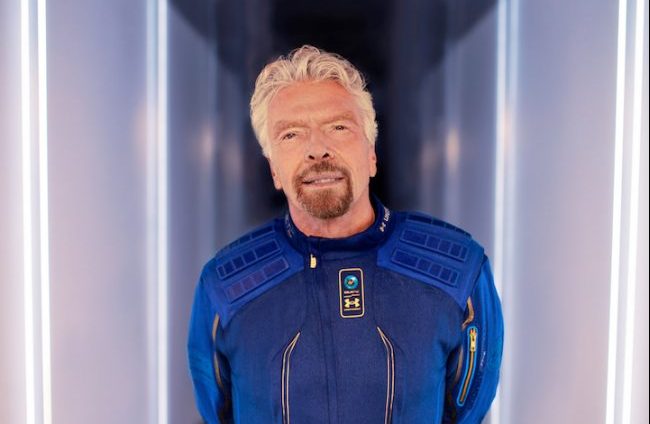 The billionaire race to space is heating up, as Virgin Galactic bumped plans to fly Sir Richard Branson to space ahead of Blue Origin’s timeline for Jeff Bezos.

Virgin Galactic announced July 1 that the flight window for its next SpaceShipTwo Unity flight opens July 11. This will be the company’s fourth crewed spaceflight, but its first mission with a full crew. Branson plans to fly with three other Virgin Galactic mission specialists, including the company’s vice president of government affairs, Sirisha Bandla, who spoke about her desire to fly into space on a September 2019 episode of Via Satellite’s podcast, On Orbit.

“I truly believe that space belongs to all of us,” Branson said in a statement. “After more than 16 years of research, engineering, and testing, Virgin Galactic stands at the vanguard of a new commercial space industry, which is set to open space to humankind and change the world for good. It’s one thing to have a dream of making space more accessible to all; it’s another for an incredible team to collectively turn that dream into reality.

This could make Branson the first so-called “space billionaire” to fly on his own vehicle to space. Bezos’ flight is scheduled for July 20, and it will be the New Shepard rocket’s first-ever crewed flight. Virgin Galactic’s made its announcement the same day that Blue Origin shared that 82-year-old pilot and aviation pioneer Wally Funk will accompany Bezos, his brother, and an auction winner on the flight.

Yet there is quibbling on the details. In a statement to media, Blue Origin CEO Bob Smith said: “We wish him a great and safe flight, but they’re not flying above the Karman line and it’s a very different experience.”