How Virgin Orbit’s Cosmic Girl is Moving Full Speed Ahead 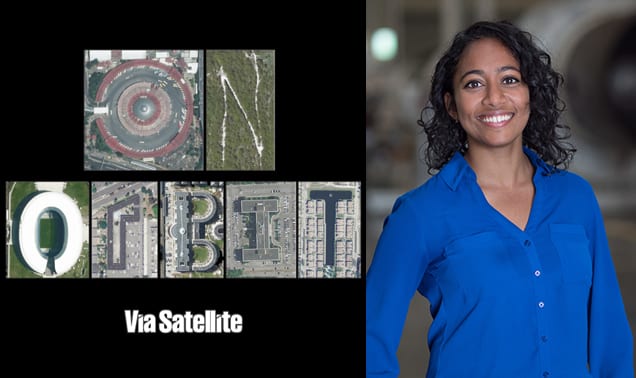 Virgin Orbit’s LauncherOne is a rather unique launch vehicle. It’s a rocket that deploys, or drops, from a customized Boeing 747 — a “Flying Launchpad,” so-to-speak. One of those aircraft, a former passenger airliner operated by Virgin Atlantic, was purchased by Virgin Galactic in 2015, renamed “The Cosmic Girl” and designated to be used as the first stage launch platform for the Mark II LauncherOne. Why design a launch service this way? What are the benefits and unique capabilities?

In this episode of On Orbit, co-hosts Jeffrey Hill and Grace Graham sit down with Sirisha Bandla, Business Development and Government Affairs Manager at Virgin Orbit, who supports the development of the company’s LauncherOne and SpaceShipTwo programs. Sirisha explains how LauncherOne works and talks about the results of its most recent drop test. She said the company is moving full speed ahead, with its eye firmly on the prize — first launch. Sirisha also takes time to give advice to young people looking to establish themselves in the industry, and explains why she views setbacks as a chance to evolve goals — not abandon them.

Listen to the episode here:

Sirisha is also a Brooke Owens Fellow – Check out the Fellowship Program Website!

On the next episode of On Orbit: We focus on Precision Agriculture from Space and the role that GPS plays in modern-day farming, with the Federal Communications Commission (FCC) Commissioner Brendan Carr and Iowa Soybean Association Director Jeff Jorgenson.