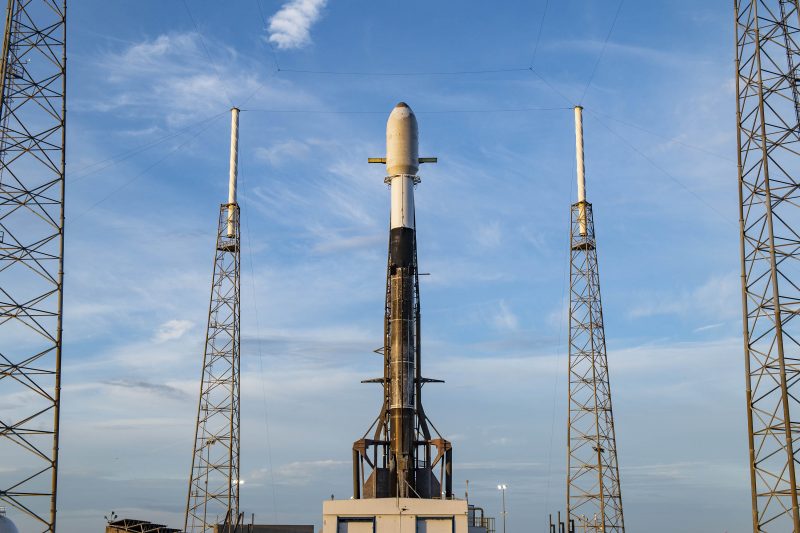 Falcon 9 on the launch pad ahead of the June 30 Transporter-2 mission. Photo: SpaceX

This mission marked SpaceX’s second launch to polar orbit from Florida. The satellites began to deploy over a series of deployments about an hour into the mission. Deployment sequences ended about 1 hour and 30 minutes into the mission when three Starlink satellites on board were deployed.

Wednesday was a big day for smallsat launch, as Virgin Orbit successfully deployed 7 satellites for three customers in its first commercial mission earlier in the day.

The Wednesday SpaceX mission included 85 commercial and government spacecraft including cubesats, microsats, and orbital transfer vehicles, and three Starlink. Although there were fewer satellites on this mission than the record-setting 143-satellite Transporter-1, SpaceX said this launch carried more mass to orbit. The list of customers is like a roll call for New Space players.

The launch was scrubbed a day earlier at just 11 seconds before liftoff because a private aircraft entered the restricted airspace. SpaceX Chief Engineer Elon Musk was critical of launch restrictions after the scrub.

“There is simply no way that humanity can become a spacefaring civilization without major regulatory reform. The current regulatory system is broken,” Musk said.