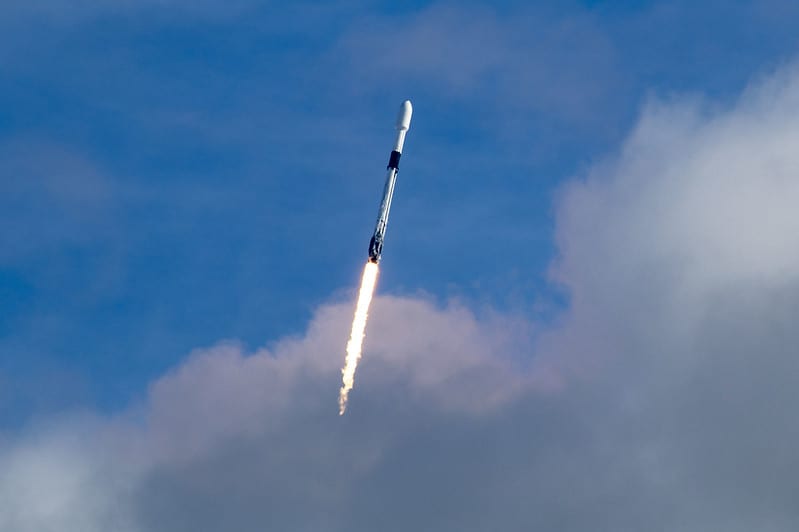 SpaceX launched Transporter-1, the first mission in its dedicated smallsat rideshare program on Jan. 24, carrying 143 satellites total — 133 commercial and government spacecraft and 10 Starlink satellites. This launch set a record for the most spacecraft ever deployed in a single mission.

Spaceflight integrated 16 payloads for the mission, including 15 onboard its next-generation Orbital Transfer Vehicle (OTV) Sherpa-FX1. The Sherpa-FX is designed to execute multiple deployments and can deliver satellites to altitude changes or phases of specific orbits, and minor inclination changes. Spaceflight’s customers included Astrocast, which will deploy a nanosatellite Internet of Things (IoT) network; a cluster of Radio Frequency (RF) mapping satellites for HawkEye 360, a Synthetic Aperture Radar (SAR) satellite for iQPS (Institute for Q-shu Pioneers of Space); and the NASA cubesat Pathfinder Technology Demonstrator-1.

German rideshare provider Exolaunch integrated 30 satellites for this flight, including satellites from the German Aerospace Center (DLR), Dresden Technical University, Iceye, a nanosatelite built by NanoAvionics for Aurora Insight, and other commercial companies for the IoT, Earth Observation (EO), and scientific applications. Exolaunch utilized its separation systems — CarboNIX, the separation system for microsatellites, modifications to its EXOpod cubesat deployers, and EXObox sequencers to deploy customer satellites into target orbit.

“This is going to be game-changing and an unprecedented mission for rideshare flights,” Exolaunch vice president of Launch Services Jeanne Medvedeva told Via Satellite before the mission. “On this launch, SpaceX united all major New Space leaders and the payloads on this launcher. It’s kind of quintessential of the New Space actors in general.”

D-Orbit also used its ION Satellite Carrier to deploy 20 satellites, including 8 Planet SuperDoves. It will also perform the in-orbit demonstration of several payloads including an optical instrument from EICAS Automazione and one from Instituto de Astrofísica de Canarias (IAC) in Spain.

The 10 Starlink satellites along for the ride are the first to be deployed to Polar Orbit. The FCC granted SpaceX special permission to launch the ten satellites to Polar Orbit, despite objections from Viasat, SES, Amazon’s Kuiper, Kepler Communications, and Pacific Dataport. SpaceX said in its FCC request that these satellites will be used to start service in the most remote areas of the country, including to federal broadband users.

The first stage booster used in this mission previously supported the launch of Crew Dragon’s second demonstration, the ANASIS-II mission, a Starlink mission, and launch of Dragon’s 21st cargo resupply mission to the International Space Station. This was SpaceX’s second launch in less than seven days after a Starlink launch on Wednesday, Jan. 20.