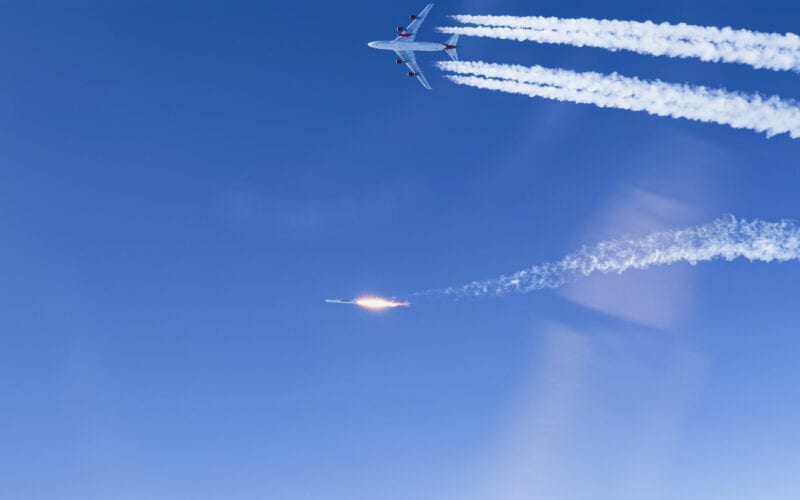 The LauncherOne was deployed by means of an “air launch” method. A customized 747-400 aircraft named Cosmic Girl took off from Mojave Air and Space Port in New Mexico at approximately 10:50 A.M., carrying the LauncherOne rocket to its designated launch site 50 miles south of the Pacific Ocean’s Channel Islands. The two-stage rocket then ignited under the wing of the Cosmic Girl aircraft and took off toward its intended orbit, where it deployed 10 cubesats.

The demonstration marks LauncherOne as the first orbital class, air-launched, liquid-fueled rocket to successfully reach space. The NASA LSP payloads launched during the historical mission were designed, built and tested by a group of U.S. universities, including: Brigham Young University; the University of Michigan; and the University of Louisiana at Lafayette.

Virgin Group founder and multi-billionaire investor Sir Richard Branson said he was inspired by his company’s achievements, which many thought impossible. “This magnificent flight is the culmination of many years of hard work and will also unleash a whole new generation of innovators on the path to orbit. I can’t wait to see the incredible missions [Virgin Orbit CEO Dan Hart] and the team will launch to change the world for good.”

Virgin Orbit is hoping to build momentum off the successful LauncherOne demo after a rocky year in 2020. Some of the company’s setbacks were unrelated to the COVID-19 pandemic. In May, Virgin Orbit ended the first LauncherOne rocket demonstration early when an anomaly occurred in the first stage of the rocket’s flight. The company also continued to push its lawsuit against satellite operator OneWeb, asking a bankruptcy court in September for $46.3 million in contract termination fees for 35 LauncherOne missions that OneWeb canceled in 2018. OneWeb has since been rescued from bankruptcy by a new group of investors.

Virgin Orbit is now ready to officially transition into commercial service in 2021, with upcoming launches scheduled for the U.S. Space Force, the U.K.’s Royal Air Force, Swarm Technologies, Italy’s SITAEL, and Denmark’s GomSpace. The company also said that its next few rockets are already being integrated at its Long Beach, California manufacturing facility.

“Even in the face of a global pandemic, we’ve maintained a laser focus on fully demonstrating every element of this revolutionary launch system. That effort paid off today with a beautifully executed mission, and we couldn’t be happier,” Virgin Orbit CEO Dan Hart said in a statement.