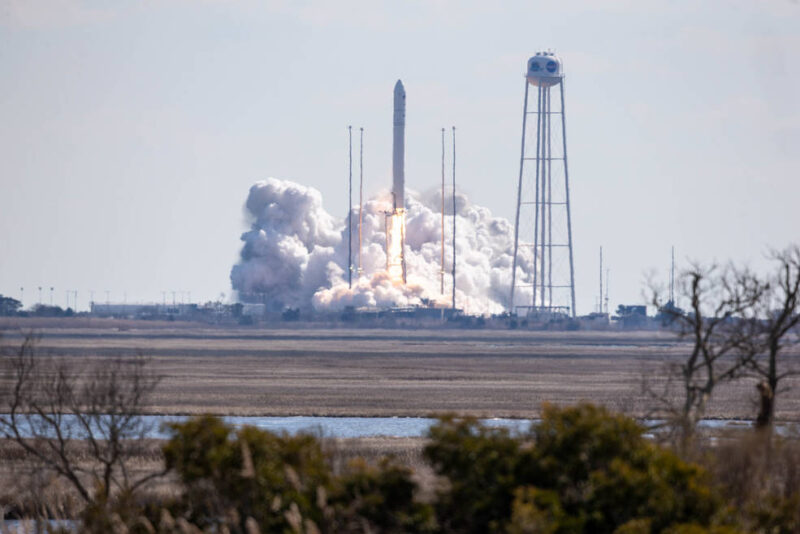 The spacecraft reached the ISS after it was launched on Saturday, Feb. 20, on an Antares rocket from NASA’s Wallops Flight Facility in Virginia. The launch also deployed 30 secondary payloads called ThinSats, satellites built by students from 70 schools in nine states. These satellites are roughly the size of a slice of bread, and transmit data for about five days before burning up in Earth’s atmosphere.

Cygnus carries approximately 8,000 pounds of research, hardware, and supplies to ISS including the European Space Agency (ESA) Dreams experiment to study astronaut sleep, and the Spaceborne Computer-2, the second generation of a project that explores how commercial off-the-shelf computer systems can process data significantly faster in space.

Cygnus will remain at the space station until May. After departing from the station, it will deploy a number of cubesats via a Slingshot deployer and a Nanoracks deployer, including Dhabisat, the second cubesat developed by Khalifa University in Abu Dhabi, United Arab Emirates.

This particular Cygnus is named the “S.S. Katherine Johnson” to honor Katherine Johnson, a NASA mathematician and Black woman who broke through barriers of gender and race and delivered calculations that were critical to the success of numerous human spaceflight missions. This flight, Northrop Grumman’s 15th cargo flight to the ISS is the fourth under its Commercial Resupply Services 2 contract with NASA.