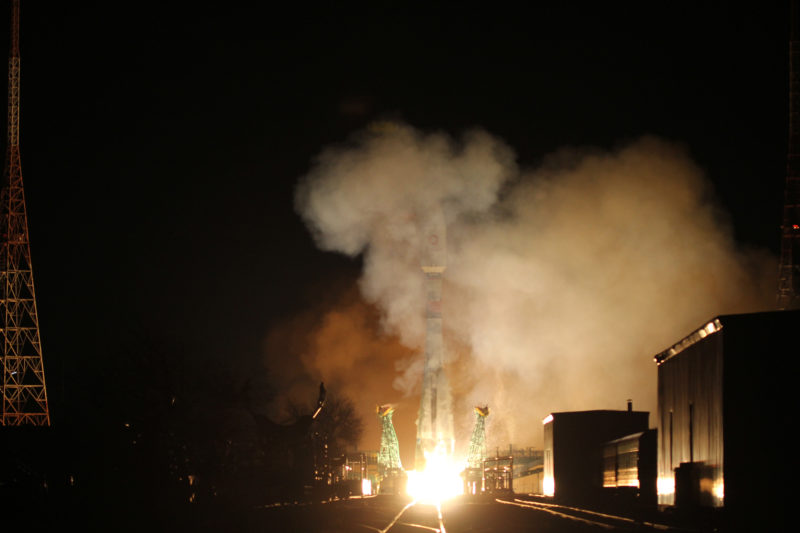 OneWeb is set to resume launches with Arianespace in December to build out its Low-Earth Orbit (LEO) satellite internet constellation. The satellite operator announced Monday that Arianespace will provide 16 more launches, each placing another 34 to 36 satellites into OneWeb’s constellation.

This update comes as OneWeb is in the midst of a restructuring deal with the U.K. government, Bharti Global Limited, and Hughes Network Systems after filing for Chapter 11 in March. The U.K. government and Bharti Global Limited announced in July they formed a consortium to acquire OneWeb, each providing $500 million. Hughes joined the consortium in July with a $50 million investment. The deal is still subject to regulatory approval and is expected to close by the Fourth Quarter of 2020.

OneWeb has 74 satellites in orbit and its return-to-flight launch in December will increase the fleet to 110 satellites. The company plans to complete the deployment of its constellation by the end of 2022, and start commercial services by the end of 2021. The initial service regions above 50 degrees North latitude will include the United Kingdom, Alaska, Northern Europe, Greenland, Iceland, the Arctic seas and Canada.

In August, the FCC granted OneWeb market access to expand its constellation to 2,000 satellites with a V-band payload in addition to its Ku- and Ka-band constellation. OneWeb petitioned to add a V-band payload to the 720 satellite Ku- and Ka-band constellation approved by the FCC in 2017, proposing 1,280 additional V-band satellites operating at a nominal altitude of 8,500 km. According to the FCC order, OneWeb must launch and operate 50% of the maximum number of proposed space stations, or 1,000 satellites, by Aug. 26, 2026. The remaining satellites must be launched and operated by Aug. 26, 2029.