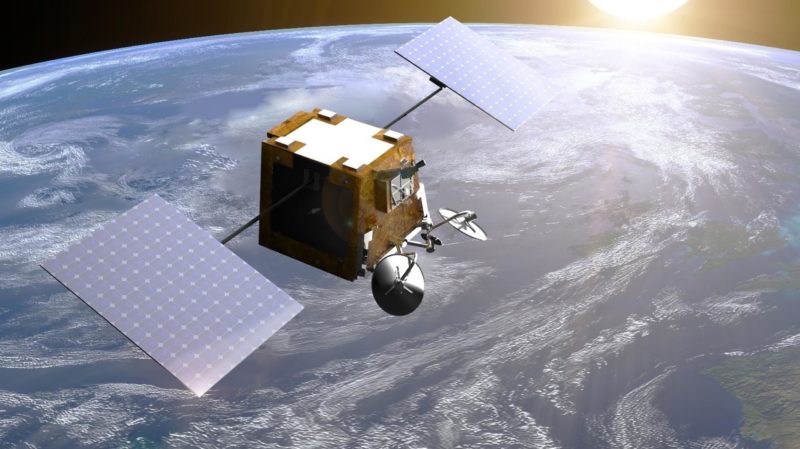 The United Kingdom is set to take a significant equity share in OneWeb in a groundbreaking deal. On Friday, July 3, OneWeb announced the U.K. government through the Secretary of State for Business, Energy and Industrial Strategy will acquire the company by providing $500 million, with Bharti Global Limited providing another $500 million. The deal is still subject to regulatory approval and is expected to close by the fourth quarter of 2020.

OneWeb said it plans to continue building its communications system to deliver connectivity to remote and rural parts of the world, starting with the Arctic. The company, which has 74 satellites in Low-Earth Orbit (LEO), filed for Chapter 11 bankruptcy on March 27.

Mark Garnier, a Conservative Member of Parliament, and vice chair of the All Party Space Group in the House of Commons, spoke with Via Satellite about why OneWeb holds such appeal and why he’s glad to see the government invest in space assets.

“The British government can probably do more with OneWeb than maybe other operators can. Given that we can redesign 78 of the satellites to become a navigation system, that is an important thing that others might not necessarily want out of it. You are inevitably going to get people say that we paid too much. Time will tell in terms of what we get out of it. … It is not only internet 5G connectivity, but secure government communications, as well as a satellite navigation system. It shows proper commitment on behalf of the U.K.,” Garnier told Via Satellite.

While it is undoubtedly a bold move on behalf of the U.K. government, Garnier hints at a government dissatisfaction in the UK Space Agency (UKSA), which it seems will once again be put under the microscope. “My sense is that the UKSA is beginning to fall behind where we want to be as a country. The UKSA is coming under an increasing amount of fire, and we need to have a closer look on what it does and doesn’t do. I see it occasionally with people who I work with in the regulatory area, and that they don’t really understand the implications of regulations on businesses. This may well be the catalyst that helps us on what we really need to do to promote the U.K. space industry.”

Garnier said the OneWeb deal is key as the U.K. space industry looks to capture 10% of the global space industry by 2030. “What is important is you have something that is versatile. These are not the $300 million satellites that are expected to last 20 years. These are $2 million to $3 million each. They are not expecting to last a long time. It gives you an extraordinarily degree of versatility in this. I think the licensing asset is as important as the technology, because you can then do anything you want with it. You can continue with OneWeb’s approach, or piggyback on the licenses, for example, having a navigation system, and anything else you can think of that could work with LEO satellites,” he said.

Garnier admits that the OneWeb system could check a number of boxes for the U.K. “We have the spectrum and orbit licenses which are an asset of our own anyway. You have the opportunity of the technology coming to the U.K. which is very important. The fact we can potentially run a navigation system off a number of those satellites is also incredibly important that could save the U.K. billions of pounds. You add all of these wins together. It seems like it ticks an awful lot of boxes,” he said.

‘A Big Statement of Ambition’

Stuart Martin, CEO of Satellite Applications Catapult also welcomes the U.K. government’s involvement, saying it has the potential to be transformational. “I think it is a recognition that OneWeb is a new generation of constellation that is taking space in a new direction, which is potentially game changing. All the technological advancements we are expecting to see in this century from robotic ships, drones, driverless cars, etc., are going to need genuinely ubiquitous, reliable connectivity and communications. 5G will deliver that in many places, but certainly not everywhere. It could well be these constellations if we get this right. There is a big statement of ambition there,” he said.

Martin calls the move a strategic play where the U.K. will see the benefits over the next 10 to 15 years if it is successful. “If we don’t move now we could find ourselves being critically dependent on infrastructure being provided by somebody else. That becomes a risk. I think this could have a massive impact. If the manufacturing was brought to the U.K., that would be a huge fillip for the sector — not only Airbus, but the supply chain below it. We will also need to build the navigation ground segment, and we do have some real experts here on that in the U.K. We built large parts of the Galileo ground segment. It is a great opportunity. We can start to develop new applications and services. On several levels, it could be great for our industry,” he said.

Martin believes it makes financial sense for the U.K. government to be involved with the OneWeb system. “The price tag of building a Galileo type system is estimated at 5 billion pounds [$6.24 billion]. That seems a bit of an indulgence, so if we can find another way of doing it which is cheaper, and offers something different, that would seem to be a good value for money option. It could also give us an export opportunity too. This is the opportunity that OneWeb represents. We have found ourselves in a situation where we don’t have a sovereign GPS capability, and there is a political need to have it. So, it is a logical step to make this happen. We don’t want to reproduce a system that already exists,” Martin said.