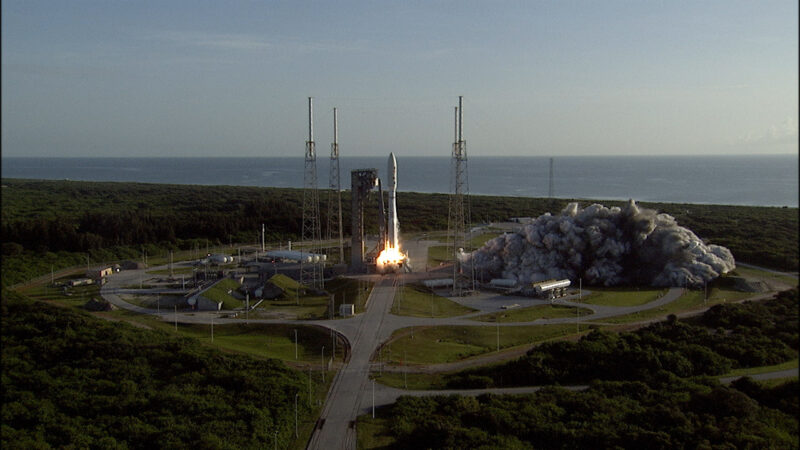 United Launch Alliance (ULA) successfully launched NASA’s Perseverance rover on Thursday, marking the culmination of years of work by thousands of people since the project was announced in 2012.

A ULA Atlas V 541 rocket took off from Space Launch Complex-41 from Cape Canaveral Air Force Station on Thursday at 7:50 a.m. EST. Spacecraft separation occurred 57 minutes after launch. At 9:17 a.m. NASA reported that controllers acquired signal from the spacecraft, and it was flying on its own toward Mars.

“This signifies that JPL’s [NASA’s Jet Propulsion Laboratory] deep space network has locked on to the spacecraft, which is on its journey to Mars,” said NASA Launch Director Omar Baez, from the agency’s Launch Services Program. “Everything appears to be going nominally. Today’s count went beautifully.”

The spacecraft now has a seven-month journey to Mars and is scheduled to land on Feb. 18, 2021. When it reaches the Red Planet, it will explore the Jezero Crater to study the planet’s habitability, seek signs of past microbial life, collect and store samples of selected rock and soil, and prepare for future human missions. It will spend at least one Mars year, equivalent to two Earth years, on the planet.

Vice President Mike Pence congratulated the launch on Twitter: “Today is a great day for American leadership in space! Congratulations to the teams at NASA and ULA Launch for successfully launching the nuclear-powered rover, NASA Perseverance to Mars!”