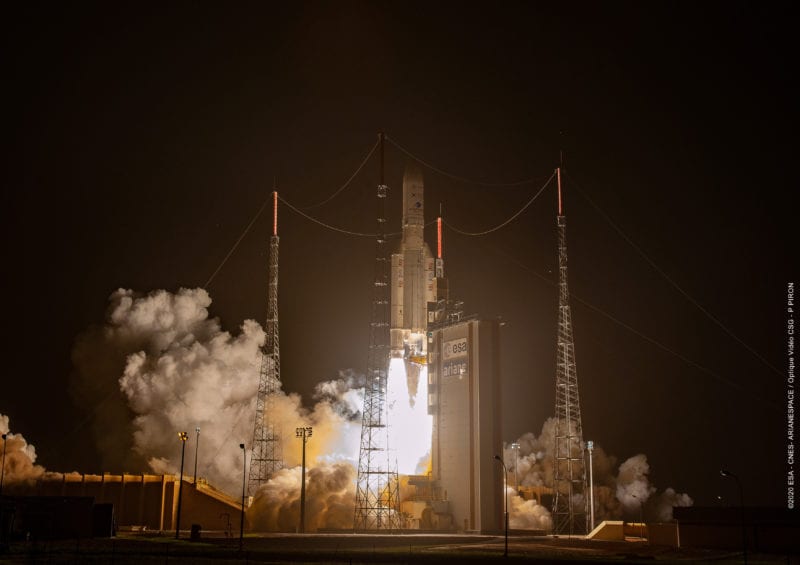 JCSAT-17, built by Lockheed Martin, is the 21st SKY Perfect JSAT satellite to be launched by Arianespace. This geostationary communications satellite will deliver flexible, high-bandwidth communications to users in Japan and the surrounding region.

GEO-KOMPSAT-2B will be KARI’s second satellite as a manufacturer – and its third as a client – to be launched by Arianespace. It is part of a Korean government program to develop and operate two civilian geostationary satellites. This one will monitor Earth’s environment and the ocean. It’s predecessor, GEO-KOMPSAT-2A, which focuses on for meteorological and space weather monitoring, was launched by Arianespace in December 2018. GEO-KOMPSAT-2B carries two main payloads: Geostationary Ocean Color Imager II (GOCI II), provided by Airbus Defence and Space; and the Geostationary Environment Monitoring Spectrometer (GEMS), provided by Ball Aerospace & Technologies.