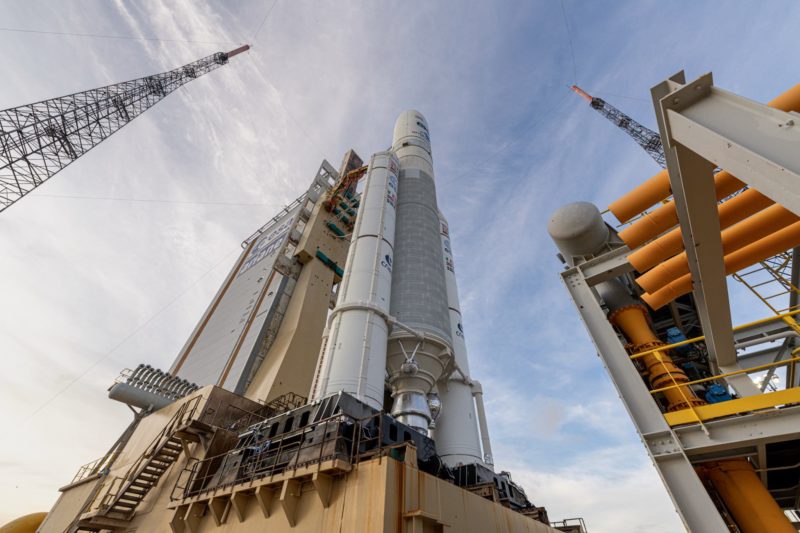 An Ariane 5 rocket on the launchpad. Photo: ESA

Arianespace postponed the launch of an Ariane 5 rocket, which would carry Egypt’s TIBA-1 satellite and the Inmarsat GX5 satellite. This was due to a power supply anomaly in the ground segment of the Ariane 5 launch complex, the final chronology for Flight VA250 was stopped at 20 minutes prior to liftoff (H0-20), leading to a launch postponement.

The Ariane 5 stages have been emptied of their propellant. The launcher and its two satellite passengers remain in a safe mode at the Spaceport. The ongoing investigation has led to a new targeted launch date of Sunday, Nov. 24, at the earliest.