First of a Trio of Satellites Leaves SSL for SpaceX Launch 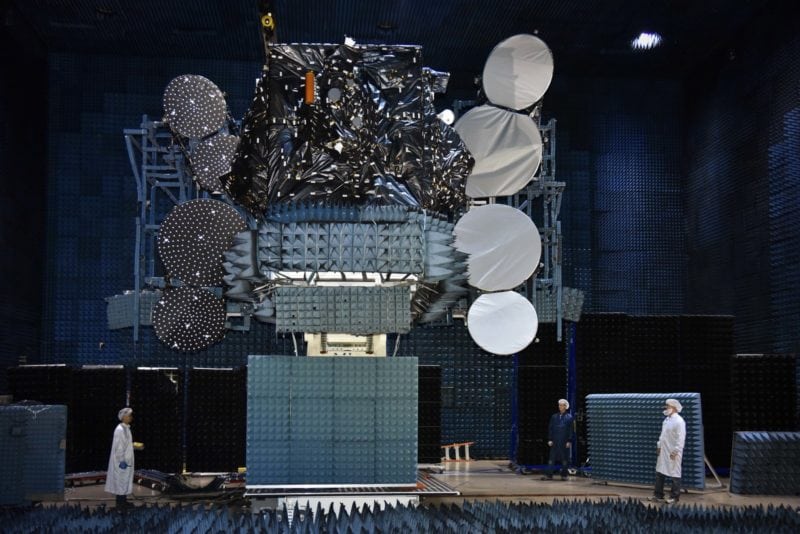 Telstar 19 VANTAGE shown in antenna testing at SSL in Palo Alto, Calif, before it was shipped to launch base. (CNW Group/Maxar Technologies Ltd.)

SSL has shipped the first of three satellites that the company will deliver to the SpaceX launch base at Cape Canaveral Air Force Station in Florida over the next month. Driven by commercial advances, the three satellites will bring communications capability to connect people around the globe.

Telstar 19 Vantage, an advanced High Throughput Satellite (HTS) built for Telesat, marks the 50th SSL-built communications satellite to launch this decade. It arrived safely at the launch base this week for a launch scheduled next month.

Two more SSL communications satellites are scheduled to ship to SpaceX launch base over the next month including a second HTS for Telesat, Telstar 18 Vantage, and the Merah Putih satellite (previously known as Telkom-4), for Indonesia’s largest telecommunication and network provider, PT Telkom Indonesia.