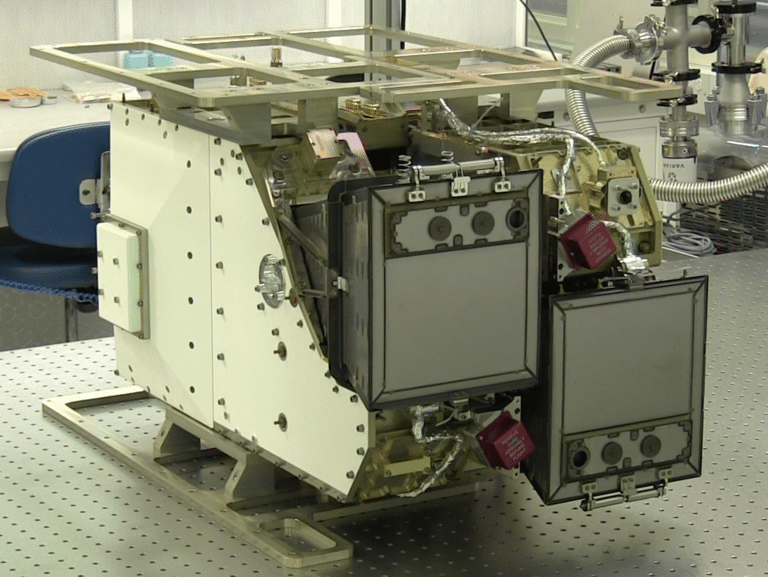 SES has announced the successful integration of NASA’s Global-Scale Observations of the Limb and Disk (GOLD) hosted payload with its SES 14 satellite.

GOLD will employ an ultraviolet imaging spectrograph to measure densities and temperatures in the Earth’s thermosphere and ionosphere in response to Sun-Earth interaction. NASA’s aim is to revolutionize scientists’ understanding of this part of the space environment and its impacts on Low Earth Orbit (LEO) satellite drag and ionospheric disruptions of communication and navigation transmissions.

GOLD is a result of collaboration among several entities. NASA’s Goddard Space Flight Center in Greenbelt, Maryland, is providing overall NASA program management, while the University of Central Florida’s Florida Space Institute is the principal investigator for the project. The GOLD instrument was built and will be operated by the University of Colorado Boulder Laboratory for Atmospheric and Space Physics. Satellite operator SES is providing the host satellite, mission operations, and science data transport. The project was also developed in close partnership with Airbus Defence and Space.

Testing and preparation of SES 14 and GOLD are on-going in Toulouse, France, in anticipation of a late 2017 launch on a SpaceX Falcon 9 from Kennedy Space Center in Cape Canaveral, Florida.