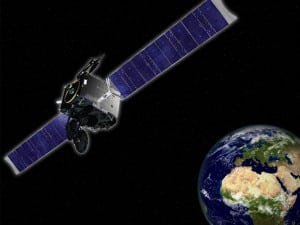 [Via Satellite 02-17-2015] SES has procured three new satellites to launch in 2017: SES 14, SES 15 and SES 16/GovSat. Airbus Defence and Space, Boeing and Orbital ATK, respectively, will manufacture the satellites. The new orders bring the total number of SES satellites currently under procurement to seven, out of which six are delivering incremental growth capacity.

SES 14 and SES 15 are both hybrid satellites, using Ku, Ka and — in the case of SES 14 — also C band in wide-beam and High-Throughput Satellite (HTS) technology as well as an electric propulsion system. SES 15 will enable SES’ airline customers to provide in-flight entertainment and Wi-Fi over North America, Central America and the Caribbean. SES 16/GovSat is a multi-mission satellite with steerable beams for government missions and has been ordered with the Luxembourg Government on a new joint venture, LuxGovSat.

Airbus Defence and Space is building the all electric SES 14 satellite on the Eurostar E3000e spacecraft bus, and Boeing is building the all-electric SES 15 on the 702 SP platform. SES 16/GovSat is the third order for Orbital ATK’s new GEOStar 3 satellite line. The GEOStar 3 can support an all-electric version using thrusters from Aerojet Rocketdyne, but SES chose a chemical system for this satellite.