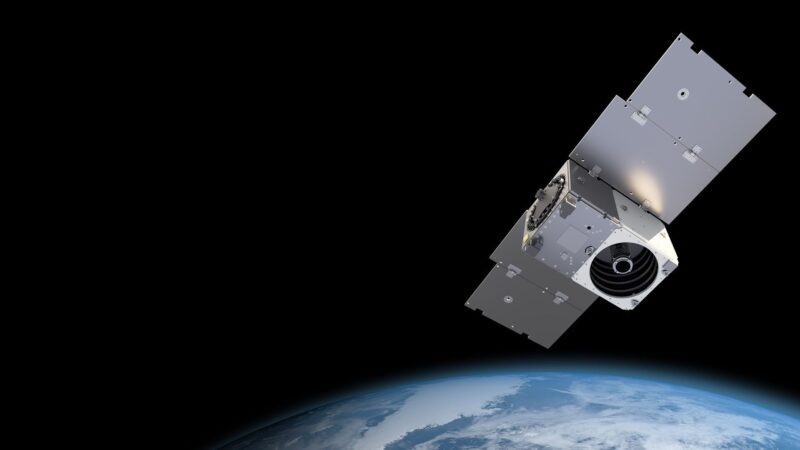 A rendering of a Planet Pelican satellite. Photo: Planet

Planet plans to upgrade its SkySat satellite fleet with a higher resolution constellation called Pelican, the company announced Tuesday during its user conference.

Planet said the better resolution on the Pelican constellation will show fine details like road markings. It is designed to exceed SkySat’s global intraday revisit frequency of up to 10 times. The constellation was designed in-house and will be built at Planet’s headquarters in San Francisco.

“Pelican significantly advances Planet’s product suite with the highest temporal resolution and revisit times that we have ever offered, while dramatically reducing the time between tasking and receipt of an image. In a world that is increasingly fast-changing and unpredictable, this kind of detailed information on demand will be a game changer for our customers,” commented Planet’s Senior Vice President of Space Systems James Mason.

This update comes after Planet completed the SkySat fleet last year, completing the campaign of 21 satellites originally planned by SkyBox in 2009. Planet is currently in the process of going public through a special purpose acquisition merger (SPAC) that values the company at $2.8 billion.

In addition, Planet also announced it is integrating Synthetic Aperture Radar (SAR data from Sentinel-1 into its Fusion Monitoring solution, which pulls in additional datasets. Sentinel-1 consists of two satellites built by Thales Alenia Space that were launched in 2014 and 2016 for the European Space Agency’s (ESA) Copernicus program.

SAR data can image through clouds and night, which Planet said will allow the company to offer better monitoring of crop health, harvests, and storm damage for customers in the agricultural sector.