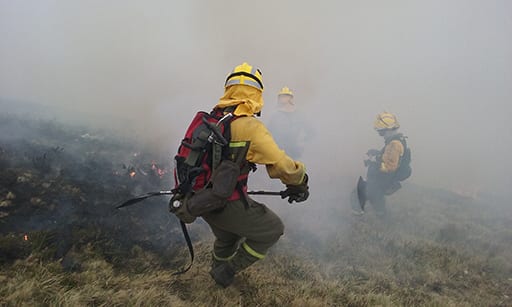 Globalstar Europe Satellite Services has revealed details of a key new deployment of its technology in Spain. The company announced Aug. 6 that its 550 SPOT Gen3 satellite enabled safety devices are being deployed to safeguard and track firefighters across the vast expanse of Andalusia in southern Spain.

INFOCA is one of the largest fire authorities in Europe with 5,000 response personnel. Andalusia is Spain’s most populous region with eight million inhabitants and several million tourists throughout the year. Fire is a major problem in Andalusia, its climate always subject to the extreme influences of the Sahara Desert. With its rugged and mountainous terrain, human exposure to fire risk is very high.

For this rapidly-delivered project, SPOT Gen3 satellite messengers are the backbone of an advanced fire management technology platform from wildfire solutions specialist Technosylvato monitor and protect the region’s fire response teams and vehicles.

“To keep crews safe, it is critical to accurately and reliably monitor where the firefighters are at all times, in relation to the engines, pumps and other equipment. When there is a fire, it is also important to know how far away firefighters and resources are from the heart of it: The ability to track personnel, and the resources they use, all in real-time, is the Holy Grail in fire management,” says Joaquin Ramirez Cisneros, Principal Consultant at Technosylva.