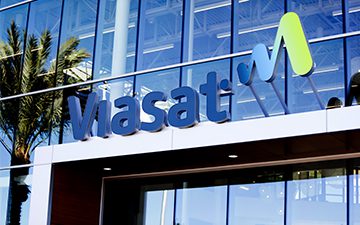 Viasat reported a small increase in overall revenues, but a net loss for the company’s first quarter 2023 results, released Aug. 8. Revenues for the three months was $678 million, a 2% increase compared to the same stage last year. However, the company reported a net loss of $22 million for the period.

However, there were elements of good news for the operator. Service revenues saw a 10% year-on-year jump, driven by in in-flight connectivity (IFC) service revenue. This more than offset a decline in fixed broadband service revenue, as Viasat said it is allocating more bandwidth to IFC. Satellite Services achieved record quarterly revenue of $312 million.

The Governments Systems business was impacted by delays in NSA certification of encryption products, and supply chain shortages. Government Systems revenue was $253 million, a decrease of 7% year over year.

On a conference call, CEO Mark Dankberg admitted the results were a mixed bag, but was optimistic that things are ready for a turnaround. Dankberg said he believes “this is the low point in terms of quarterly financial performance and we expect solid sequential organic growth throughout the rest of the year.”

He said Viasat expects “transient bottlenecks” that were more of a factor in the fourth quarter and the first quarter will be resolved and overall support year-over-year and longer term guidance.

With Viasat working to close its deal to acquire Inmarsat, and awaiting launch of the first ViaSat-3 satellite, it is set to be a busy year for the operator. Dankberg said on an investor conference call that the ViaSat-3 programs were making “good progress” as the first satellite enters final assembly and mechanical environment testing. The second payload is now with Boeing for spacecraft integration.

The company is targeting launch of ViaSat-3 Americas satellite in the third quarter of its fiscal year 2023, (October – December 2022), and to start commercial service in the fourth fiscal quarter (January – March 2023).

Dankberg remains a big believer in the IFC market for Viasat. He said on the conference call that he believes that the market has seen roughly 15% to 20% penetration of existing aircraft, so he believes there is still a lot of growth to be had in this market as a whole. Dankberg expects ViaSat-3 will have a much stronger early impact on the mobility businesses than either the ViaSat 1 or 2 satellites. “I think we will get more contribution early on from the mobility businesses with ViaSat-3 than we did with 1 or 2,” he said.