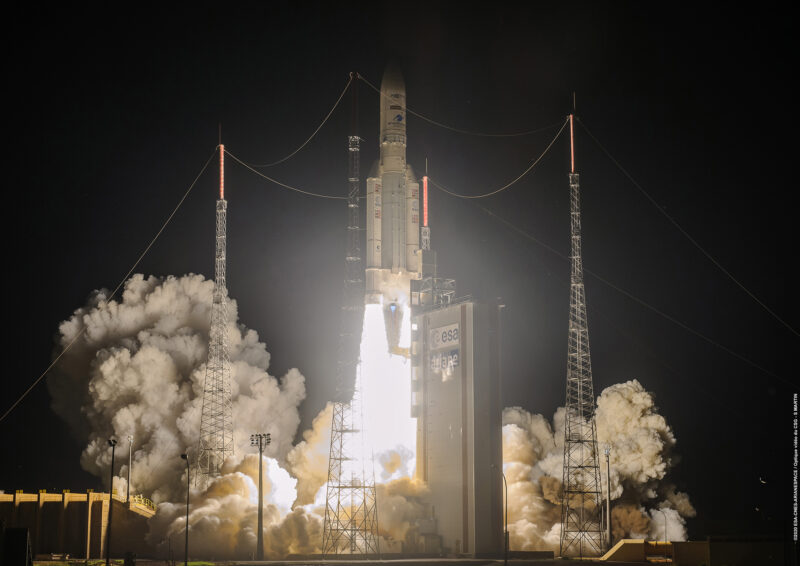 Arianespace reported $1 billion euro ($1.2 billion) in sales in 2020, approximately the same level of sales as 2019, in a year-end update released Thursday. The European launcher also reported a backlog worth more than 3.2 billion euros ($3.9 billion).

Reviewing its 2020 performance, Arianespace highlighted 10 launches in 2020: three by Ariane 5; five by Soyuz; and two by Vega. This was one more than in the previous year, and despite the fact that the Guiana Space Center in French Guiana was shut down for a few months due to the COVID-19 pandemic.

Nine launches were successful, but the Nov. 16 Vega launch experienced an anomaly that led to the loss of two European satellites. In the year review, Arianespace said it plans for a return to flight for Vega for the end of the first quarter in 2021, and prime contractor Avio will implement recommendations issued by the inquiry commission released in December.

The launcher also said it is preparing for operations of the Vega C in the beginning of 2021, and the Ariance 6 in 2022, as previously announced.

Arainespace CEO Stéphane Israël commented in the release: “We have never orbited so many satellites in a single year: a total of 166! We will continue and amplify this trend in 2021, with our three launchers, plus the addition of Vega C, while also working actively with our industrial and institutional partners to gear up for the stable phase operation of Ariane 6.”