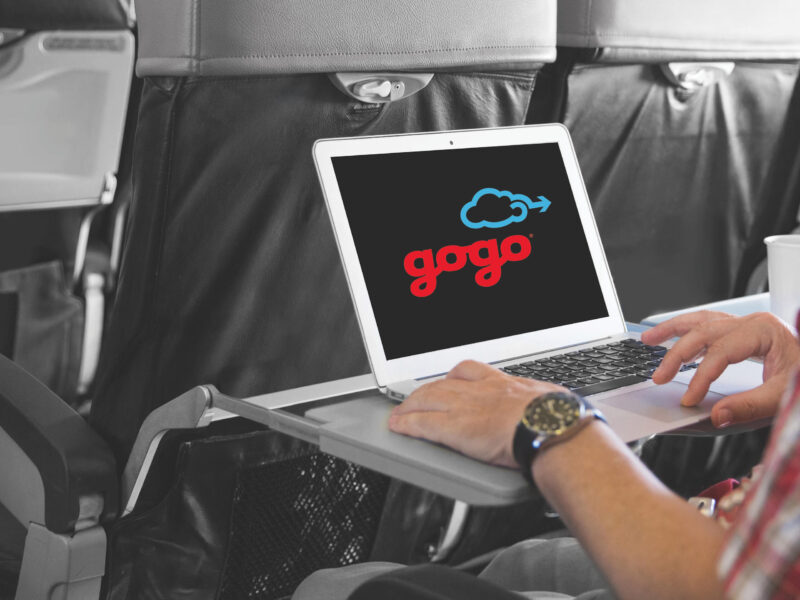 Illustration by Via Satellite

Intelsat has completed its acquisition of Gogo’s Commercial Aviation business, the satellite operator announced Tuesday. The $400 million cash deal forms a vertically integrated In-Flight Connectivity (IFC) entity, and brings broadband service for nine of the top 20 global airlines and an installed base of more than 3,000 commercial aircraft into Instelsat’s portfolio.

Gogo said it will continue as a publicly traded company, focused on its Air-to-Ground (ATG) network and proprietary spectrum in the business aviation market. The company said the proceeds will reduce its net debt position and allow the company to invest further in Gogo 5G.

“Demand for inflight broadband is expected to grow at a double-digit rate over the next decade, and we remain committed to long-term success in broadband mobility services. With Gogo Commercial Aviation, we will bring our complementary and collective expertise to help solve our customers’ toughest inflight connectivity and entertainment challenges,” Intelsat CEO Stephen Spengler said in the release. “Our ability to initiate, execute and rapidly finalize this transaction demonstrates the forward momentum that Intelsat has maintained over the course of this year.”

John Wade will remain president of Gogo Commercial Aviation, now a division of Intelsat. His role will be to manage all aspects of the business, including product, sales, account management, quality and service delivery.

In a recent interview with Via Satellite, Wade said Gogo Commercial Aviation will continue to operate as a standalone division inside the Intelsat infrastructure, and continue to be based in Chicago with the current team. Wade highlighted the benefit of combining Intelsat’s satellite capacity and Gogo’s position as a service provider.

“Intelsat has a very innovative and open-minded approach to how we bring capacity together. Whether it’s on their own satellites, partner satellites, or other third parties’ [satellites], I think we’re going to have an incredibly compelling global network of satellites and capacity. That’s going to mean having the highest service levels in the industry,” Wade said.

Intelsat is undergoing restructuring through Chapter 11 bankruptcy, and the deal, announced in August, was approved by the bankruptcy court and Intelsat’s creditors. In an interview with Via Satellite in September, Intelsat CCO Samer Halawi said the approval of the deal in Chapter 11 speaks to the logic of the deal and the resulting capacity efficiencies.

In addition, Jon Cobin has been named Intelsat’s chief strategy officer. Cobin joins Intelsat from Gogo, where he held the same position.