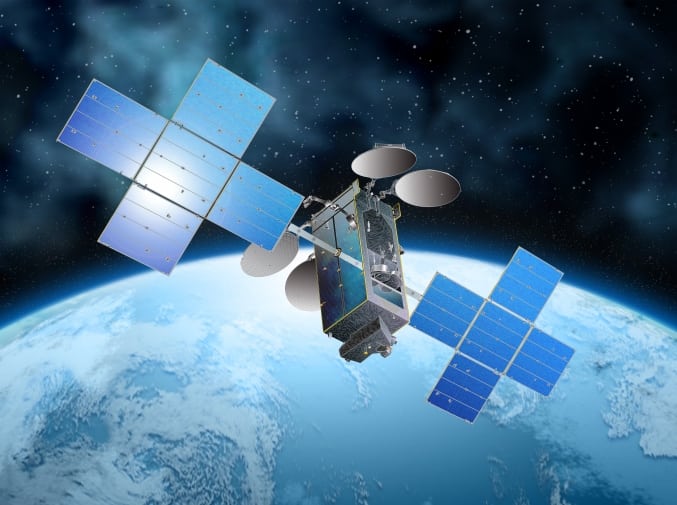 Hughes Network Systems confirmed in its 2020 Third Quarter (Q3) financial results that it is pushing back the launch of its Jupiter 3 satellite to 2022 due to manufacturing delays.

In a Thursday call with investors, Hughes President Pradman Kaul provided an update from Jupiter 3 manufacturer Space Systems Loral (SSL), that the satellite is now set to launch no earlier than the first quarter of 2022. Kaul said that Hughes has not yet selected a launch provider and is in discussion with launch providers. On a Q1 earnings call back in May, Kaul said that Jupiter 3 may be delayed until the second half of 2021, but now that date has been pushed back even further.

Michael Dugan, CEO of Hughes’ parent company EchoStar, commented that COVID restrictions in California have been an issue causing the delays, but he wasn’t able to share more specific reasons. Hughes is not expecting any additional cost because of the delays.

“The only advantage to the delay in the delivery satellite is there are a lot of things going on in the launch industry. We do believe that we’re going to have a launch that’s going to get us into service a lot quicker than we expected before. Is it going to make up for the slips in the production of the satellite, I can’t answer that. But we’re optimistic,” Dugan said.

In its Q3 financial results, Hughes reported steady subscriber growth and revenues. The company reported $467 million in revenue, compared to $464 in the same time period of 2019.

Overall, EchoStar reported total revenue of $473.5 million during the Q3 of 2020 according to its earnings released Thursday. Revenue was roughly in line with the same time period of 2019. Net income for EchoStar in Q3 was $23 million, well up from a loss of $21 million in Q3 2019. EchoStar attributed the change to higher operating income of $10.9 million, improvement in foreign currency transactions, higher gains on investments, and lower income tax provision.

Hughes grew its consumer customer base by about 38,000 subscribers, and had approximately 1,580,000 subscribers at the end of September. This includes 364,000 subscribers in Latin America. This continues a streak of subscriber growth for Hughes. In Q2, the company added 26,000 broadband subscribers.

In addition, Hughes was recently named as a competitor in the FCC’s Rural Digital Opportunity Fund (RDOF) to provide broadband internet to unserved and underserved areas in the U.S.

“Due to the size of our total addressable market, and the cost challenges of serving low density areas, we do not anticipate a negative material impact to our business,” Kaul said of fiber or fixed-wireless providers possibly gaining ground in Hughes’ market. “If we are ultimately able to secure funding, we expect an upside in our U.S. consumer business,” he added.

SpaceX, which is also named a satellite competitor for RDOF funds, recently began public beta testing for its Starlink internet constellation in Low-Earth Orbit (LEO). When asked about Starlink’s competitive impact on Hughes service offerings in Geostationary Orbit (GEO), Kaul said for the markets Hughes focuses on, he doesn’t expect to see a significant impact on the size of the market or competitive posture in the market. He mentioned Starlink’s bonus of lower latency, and that most of Hughes traffic is video, which is insensitive to latency. He also pointed to cost.

“The big advantage we would have over Starlink is the economics. Their basic offering requires the customer to put up $500 upfront, and then the base plan is $99 per month. You compare that to our base offering, which is somewhere between $0 to $100 upfront for the customer, and the base offering is at $60 per month. So economically, we are significantly at an advantage over Starlink [because of the] cost of the phased array antenna,” he said. “The economics are just not going to be a big advantage for them. In fact, it’s going to make our offerings much more attractive.”