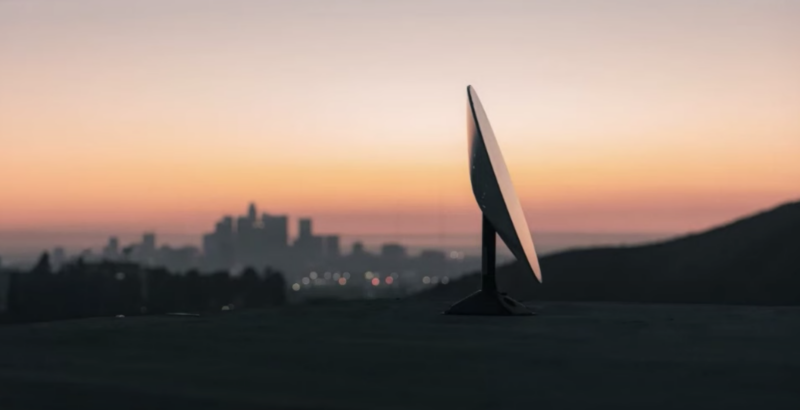 SpaceX is starting to roll out public beta testing for its Starlink satellite internet service. According to an email sent this week to some potential beta testers that has been shared online, the user terminal costs $499, and the monthly subscription costs $99.

SpaceX set user expectations that they will see data speeds between 50 Mb/s to 150 Mb/s at latency from 20 ms to 40 ms, and sometimes no connectivity at all. The trial is called “Better Than Nothing Beta.” “As you can tell from the title, we are trying to lower your initial expectations,” the email reads.

“As we launch more satellites, install more ground stations and improve our networking software, data speed, latency and uptime will improve dramatically. For latency, we expect to achieve 16 ms to 19 ms by summer 2021,” the email reads.

Starlink is a broadband service delivered by a constellation of satellites in Low-Earth Orbit (LEO). SpaceX has conducted 16 Starlink launches, launching more than 860 satellites. The most recent launch was Saturday, Oct. 24. The company is targeting customers in locations where internet access is unreliable, expensive, or unavailable. SpaceX did not say what geographic areas are able to participate in the public beta at this point.

Satellite internet provider Viasat, by comparison, offers plans between $30-$150 per month download speeds of between 12 Mbps to 100 Mbps. And HughesNet from Hughes Network Services offer plans between $60-$150 per month for download speed of 25 Mbps. Both Viasat and Hughes have data caps, according to a comparison of the plans. It is unclear whether Starlink will have data caps.

SpaceX has been running friends and family trials at least since July. SpaceX did not make an announcement about the beta test, or respond to a request to comment, but it released a Starlink service app confirming the trials. According to the app’s description, initial service under the beta program is targeted for the U.S. and Canada in 2020, to expand to “near global coverage of the populated world” by 2021.

The Starlink app helps users set up Starlink , prompting users to install Starlink in a circle vision field “where there’s nothing but sky inside the circle.” The app also can run speed tests, troubleshoot connectivity issues, and contact support. The image below is a screen grab of a set up image.

The beta email gave little details about the user terminal, but described it as “more advanced than what’s in fighter jets.” It comes with a mounting tripod and Wi-Fi router.

SpaceX is taking a vertically integrated approach to Starlink, building its own terminal and gateways. In a July Via Satellite webcast, Jonathan Hofeller, SpaceX’s vice president of Starlink and Commercial Sales spoke about the benefits of vertical integration. “The beauty of being vertically integrated both on the user terminal, the gateways and the satellite piece of it is that we are constantly updating and improving the connection between those pieces of infrastructure,” Hofeller said.