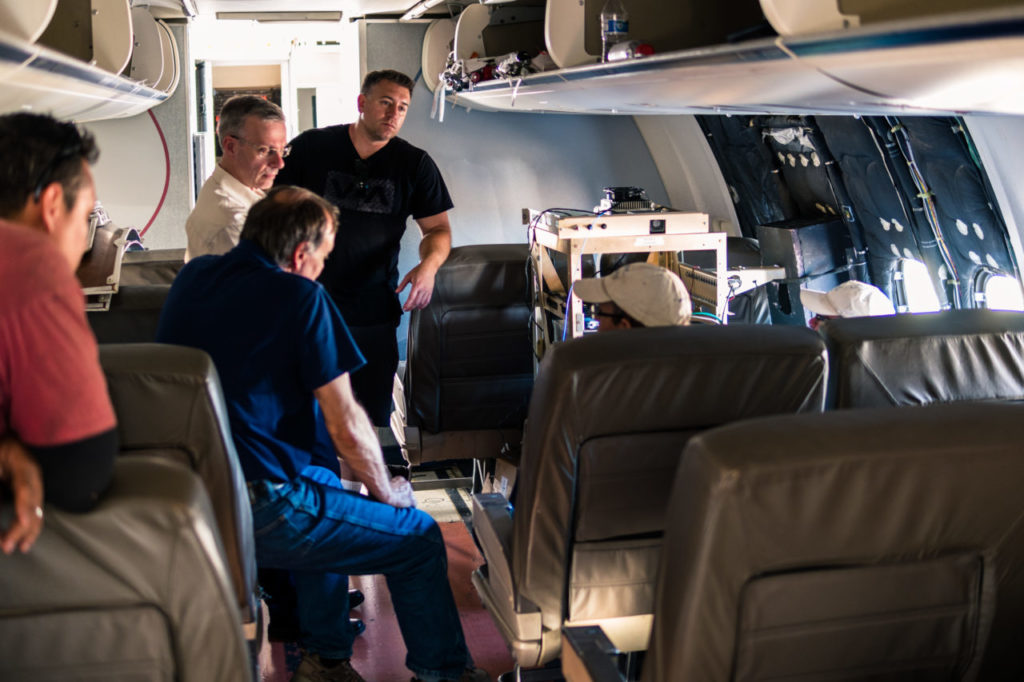 A year ago, we profiled the ambitions of Airborne Wireless Network (AWN), which has a goal of using airborne aircraft as signal repeaters that are capable of generating wireless internet signals. Throughout 2017, AWN achieved several milestones, including forming a partnership with Mynaric (formerly ViaLight Communications) to develop, design, test and manufacture a customized hybrid synchronized laser-based communication system. AWN wants that system to serve as the link between aircraft and ground stations to form a chain of signal repeaters and routers within its airborne mesh network concept.

GE Aviation became AWN’s latest partner in December after signing an agreement to provide tactical-grade inertial reference units with embedded GPS that AWN will use for heading, pointing, attitude and stabilization for its communications system. Via Satellite’s sister publication Avionics discussed these efforts with AWN’s Vice President of Industry Affairs, Earle Olson, who said the next step would be more testing.

Can you give us some of the latest updates AWN has been working on for its airborne mesh network concept?

We’ve made a lot of progress toward developing the Free Space Optic element and are preparing to perform a two-aircraft test demonstrating the connectivity of the air-to-air Free Space Optics laser. That will employ our patent-pending synchronization of laser with RF technology.

We plan to perform this test as soon as is feasible, in connection with the approximately 20 commercial aircraft demonstrations at a 10 Gbps signal path.

Where are you seeing the biggest interest in your concept of operations?

The most significant and target applications are within the wireless wholesale broadband business model for the telecommunications and internet service providers of broadband capacity. By employing the Free Space Optics, we will potentially employ a 10-gigabit path initially and a path to 100-gigabit bandwidth.

With the Free Space Optics test, we will utilize small aircraft due to the more challenging flight path with the goal to have the Free Space Optics de-couple and then re-couple, assuring that signal robustness is maintained when disruptions are encountered in a typical flight environment.

What are some of the biggest challenges you have encountered or expect to encounter?

The challenges we have encountered have been addressed in the first successful proof of concept test in May of 2017 utilizing two Boeing 767-200ERs and RF only in an air-to-air/air-to-ground broadband link. This ratified the overall in initial mesh design capability.

Our next phase will increase the bandwidth with the addition of the Free Space Optics element. Given the ability to adjust existing technology/hardware, we are encouraged by our progress to date and as such expect that we will be able to address any difficulties.

How many more years until the airborne mesh network becomes a reality?

With the potential success of the 20 aircraft test, we intend to begin rollout thereafter. Lots of design work from a hardware or software perspective, and that’s going very well. We’re looking at employing a system architecture portable to other variety-sized aircraft like business and executive jet, a common platform applicable to multiple different kinds of aircraft.