NSR’s Brad Grady on the New Era of Connected Aviation

As a satellite mobility analyst, Northern Sky Research’s (NSR) Brad Grady has kept a close eye on how connectivity in the aeronautical industry continues to evolve. Grady will be speaking during the “IOT and Aviation: The Next Steps” track at this week’s Global Connected Aircraft Summit on Thursday, June 8. Ahead of his presentation, Via Satellite sat down with Grady to get his perspective on emergent technology, potential regulatory changes, and new connectivity applications in the skies.

VIA SATELLITE: How would you describe the industry as it relates to connectivity right now? What does the aviation landscape look like?

Grady: It’s an interesting and exciting time to be looking at providing aeronautical connectivity across all levels of the value chain. One of the interesting applications is IOT-type connectivity. How much data is generated by some of these trips? Can we stream that off the aircraft in real time? Is there actionable intelligence we can get off that? Are there real operational benefits that airlines and satellite operators can realize by getting this data off the aircraft and into an analytics engine?

The passenger part is pretty figured out. Everyone has a good solution or is thinking about good solutions for passenger connectivity. Now, everyone is thinking, what are the operational purposes we can style to an airline? [Communications providers] have to have some sort of solution for how an airline can monetize their connectivity solutions from an operations standpoint. Is there a certain data point or certain condition they need to monitor that the airline finds highly valuable, that they can include in the package they sell? 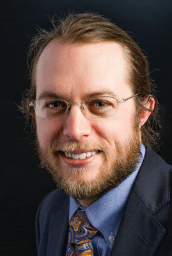 VIA SATELLITE: What new connectivity applications do you see emerging in the near future?

Grady: The first one that’s the most obvious from a regulatory point of view is whether or not there’s going to be a mandate to see real-time black box data streaming off the aircraft. MH370 was a prime example. Once you start seeing real-time position data being updated, there could be some kind of insurance premium reduction for aircrafts that have this technology versus those that don’t. If the insurance industry can get a better understanding of what’s going on in a more immediate fashion, there might be some liability consideration for that.

There are other kinds of trickle-down benefits from being able to stream that data. I think the most commonly quoted application is engine monitoring for an aircraft.

There are lots of applications that are being talked about and done to some degree, but I wouldn’t necessarily say there’s a “killer app.” It’s going to be a combination of services and applications.

VIA SATELLITE: What regulations do you see coming to light as the technology improves?

Grady: I think compulsory streaming of, at a minimum, position data off an aircraft is a regulatory certainty. The International Civil Aviation Organization (ICAO), the U.S. Federal Aviation Association (FAA), and all the various national regulatory bodies are going to look at that as a minimum standard. The question might be whether or not airlines themselves might get to that step beforehand.

You’ll probably start seeing some larger airlines implementing that and making some noise about how they’re tracking all their aircraft in real time. Beyond that is where it starts to get a little murky.

VIA SATELLITE: Do you see any barriers, whether financial, technical or regulatory, to new connectivity applications?

Grady: There’s still a challenge in getting airlines to look at connectivity and figure out how to monetize it, but I think that’s always going to be there. There’s always the business case problem of how do we pay for it, who pays, and what do we use it for?

For airlines, like all kinds of business, if they don’t have to pay for it they’re not going to pay for it. It’s always a deal-by-deal situation whether or not the service provider provides some incentives. Compared to other satellite mobility sectors, connecting an airline is a steep cost of acquisition.

VIA SATELLITE: Between Low Earth Orbit (LEO), Geosynchronous Earth Orbit (GEO) and Air-to-Ground (ATG) networks, do you see one option as being superior for providing connectivity to airlines?

Grady: Well, I think it depends on what you’re trying to do. There are obviously technical challenges of connecting a non-GEO constellation to an airplane in terms of the terminals. The technical problems will get solved eventually — it’s just a matter of when — and the development of Flat Panel Antennas (FPAs) will help. I think for right now on the commercial side GEO is probably a better option.

The other debate is which band is better. Again, that depends on what you’re doing and where you are — whether you’re on a regional aircraft that’s just doing routes over North America or if you need to go transcontinental and do global flights. It really depends on what the airline owner’s strategy is for that particular asset.

I think the more correct question is whether or not airlines actually care. I’m not sure there’s a compelling argument beyond cost. Airlines are looking for service providers to provide a connection to the aircraft and, beyond that, a lot of them don’t necessarily care how it happens. They can be convinced one way or another but I think until you start seeing a lot more capacity on the ATG side, satellite will still be a pretty solid solution. There are a lot of ATG developments happening so I think we’ll wait and see how those play out.

If you asked an airline if it wants an ATG network or satellite, they’re going to ask you, which one costs less?

VIA SATELLITE: How do you see the ban on personal devices impacting the industry?

Grady: At NSR, we went back and forth as to gaming out what that would look like. I think there are mixed approaches. One of the solutions from a Middle Eastern carrier was to give everyone a tablet when they walked in the plane for the front half of the cabin. So we could start seeing more of those types of workarounds.

From a pure usage perspective, will that impact satellite connectivity uptake? Yes… The degree to which that happens I think is anyone’s guess.

VIA SATELLITE: Is there anything you’re particularly interested in learning at the GCA Summit?

Grady: I’m most definitely interested in hearing from the perspective of the airlines. Talking to end users is always one of the more enlightening things I do, and finding out what they’re thinking about and what kind of concerns they have. [Satellite is] such an esoteric sector we get stuck talking about our own little acronyms and jargon, and when you talk to an end user they say, “I just want it to work.” So I’ll be curious to find out what kinds of applications and services end users are looking at deploying.