One of the major points of contention for satellite operators in this rapidly evolving industry is how companies from all over the world must collaborate to share limited spectrum bandwidth. The Washington Space Business Roundtable (WSBR) hosted a panel on Friday, Feb. 10 featuring Valerie Green, executive vice president and chief legal officer of Ligado Networks, Victoria Samson, the Washington office director for the Secure World Foundation, and Russ Matijevich, vice president of sales for Hawkeye 360, to discuss some of the biggest challenges that come along with sharing spectrum.

Ligado in particular is no stranger to the scuffle for limited bandwidth. The company, formerly known as LightSquared, recently rebranded after emerging from bankruptcy last year. Back in 2010, the Federal Communications Commission (FCC) revoked its conditional license to operate in the L-band after concerns from aviation companies regarding Global Positioning System (GPS) interference came to light.

But now, Green said, operators in the L-band have collaborated to maximize satellite assets and thus make the best use of the L-band spectrum. Unfortunately it isn’t always easy, as each independent company has its own capabilities, needs and customer services.

The issue only gets muddier as you expand the scope to include government entities as well, Matijevich noted. The commercial satellite industry operates at a much quicker clip than government programs, which makes collaboration difficult when one must slowly navigate through the thorny thicket that is government regulatory processes.

An attendee who queried about any countries outside the U.S. that could be good examples of managing spectrum was met with an unsatisfactory answer: put simply, there is no good way to handle spectrum management, said Samson. “We’re trying to divide a finite resource among an infinite number of users, and everyone is under pressure to make it as available as possible.” 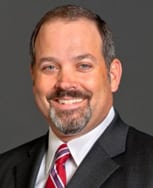 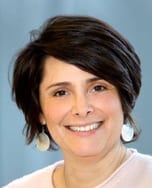 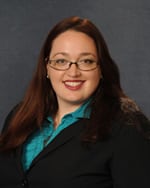 Matijevich also noted that the evolution of the smartphone industry is expanding what spectrum is now publicly available. But the democratization of technology introduces yet another kink: transmissions from amateur broadcasters, who sometimes toe the line of what is legally permissible.

“If you know someone is broadcasting interference, what can you do? You can make a complaint to the International Telecommunication Union (ITU), but the ITU has no enforcement mechanism,” Samson said. While the community is trying to establish a sort of “naming and shaming mentality” of those who take advantage, the limited authority of the ITU makes it difficult to enforce regulations.

Furthermore, as Samson noted, regulations may have to adapt to meet the needs of the evolving industry. “When we look at spectrum management and regulations, we look at all satellite operators the same. But should we?” Samson wonders if a mega constellation should be paying more fees, for example — an issue that will only become more prevalent with the proliferation of small satellites and larger constellations.

Still, the overall tone of the panel was one of general optimism. Green believes satellite can take cues from sectors like the airline industry, which is built on having a shared infrastructure to do business.

The panelists agreed that as long as regulations are able to keep up with innovation and demand, companies can and will civilly collaborate to accomplish their respective goals across spectrum. But as Matijevich points out, “There will definitely be growing pains.”