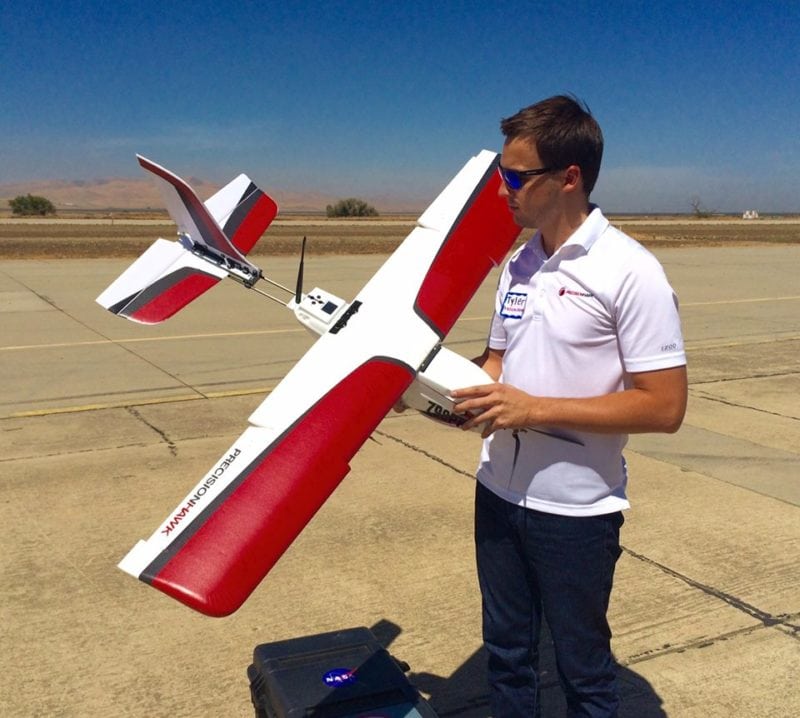 [Via Satellite 12-13-2016] Unmanned Aircraft Systems (UAS), or drones, could offer the satellite industry a $19.9 billion revenue opportunity over the next decade, according to a new report by Northern Sky Research (NSR). As the need for government UAS satellite communications and commercial imaging services arise alongside the rising use of drones in industries such as agriculture, maintenance, real estate and others, the satellite industry could see opportunity, but also competition, from drones.

According to NSR’s third edition of the “Unmanned Aircraft Systems (UAS): Satcom and Imaging Markets” report, the government sector will enable the largest demand for UAS satellite services. The persistent demand for Intelligence, Surveillance and Reconnaissance (ISR) by the defense and intelligence community in hostile areas drives the demand for unmanned airborne solutions. These communities are increasingly using unmanned solutions for peacekeeping, border patrolling, and humanitarian efforts. NSR projects the need for more than 5,000 active UAS satcom units by 2025, with Medium Altitude Long Endurance (MALE) airframes accounting for 80 percent of the growth.

“Across the UAS industry value-chain, there are opportunities for the satellite industry, especially in satcom services, as payloads and sensor suites get more sophisticated, and the end-customer demands more bandwidth for applications like slow-motion video in real-time,” said Prateep Basu, NSR analyst and report author.

While the United States has traditionally dominated the satcom market for large defense- and intelligence-related UAS, satellite companies are beginning to see an upshot in opportunity from areas outside the U.S.

“One of the biggest changes that we have seen is that this market that was primarily U.S. dominated, because the U.S. has the biggest fleet of these large [Unmanned Aerial Vehicles] UAVs that need satellite-based links for beyond-line-of-sight communications. Satellite companies are exploring non-U.S. markets, and the growth that we are seeing in the next three to five years will expand beyond the U.S. and [the North Atlantic Treaty Organization] NATO. A lot of these drones are being flown across the globe in South America, Middle East and Africa, India, and Russia,” Basu told Via Satellite.

As the growth is being spurred in these regions by the decision to rely more heavily on UAS for ISR, which require satellite links for command-and-control and dedicated data links, the demand for satcom services will also grow proportionately.

A smaller but more rapidly growing sector of opportunity is with commercial imaging, however, driven by a growing trend to move toward analytics-based services, combining imagery data from UAS with other datasets such as weather, satellite images and geolocation.

“You will be seeing a lot of satellite companies such as DigitalGlobe, Airbus, Telespazio, who are creating services out of these data archives, which the commercial UAS industry can use for catering to its customer base.” Basu told Via Satellite. As an example, he points to DigitalGlobe’s data platform, which an industry consortium led by NASA Ames Research Center recently used for demonstrating their Unmanned Traffic Management (UTM) solution. By using the geospatial information provided by DigitalGlobe, Verizon’s LTE network and Harris’ Automatic Dependent Surveillance-Broadcast (ADS-B) aircraft tracking information, the companies were able to demonstrate the potential of a PrecisionHawk drone to deliver sensor data for processing, analysis and decision-making mid-flight and to receive command-and-control inputs in real-time.

“In controlled airspace if you want to fly, you have to maintain some order. Today, if you’re taking an Uber, you are able to do that because map information regarding the roads is available. But if you’re flying above the roads, there is no map for you, you need the geospatial and navigation information to understand where you are so that flying UAVs don’t end up flying into each other,” explains Basu.

Another commercial market opportunity is in the collection of geospatial imaging information, in which companies can collect and compile airspace data.

“The satellite industry has essentially gained a lot from the mapping industry in the past. Google Maps, Bing Maps and others were made by binding together satellite data from multiple sources with different value-added layers like street and building marking; so whenever a new industry that relates to mapping applications like commercial UAS imaging comes up, it always opens up the opportunity for satellite images,” said Basu.

The commercial UAS imaging services industry is estimated at more than 200 million globally — without accounting for manufacturing revenues of the airframes — and NSR projects it will bring in annual revenues of more than $550 million by 2025. This is largely driven by demand for image analytics and surveying or inspection services for industries such as public infrastructure, plants and oil-gas refineries, insurance, and real estate.

“UAS are not only a complementing factor to satellite but also a competing one,” said Basu. “Drone images have a very clear value proposition — the sharpness of the images is something that satellite cannot compete with and cost of image acquisition for small areas is lower than satellites. Surveying disaster areas at high resolution, for example, is something that you can do only so much with satellites — for example, the usage of drones post Nepal earthquake.”

For this reason, companies such as DroneDeploy and AirMap are also forging competition with the satellite-imaging sector as they build their own database of drone images globally. Drone companies focus on smaller areas of coverage, however, using drones to monitor pipelines, survey areas and capture news. The competition ceases to exist, however, when the area of is very large, in which satellite imagery is more cost effective.

“If a farmer, wants to survey his land in order to crop dust, etc., anything over 50 hectares, it is too much for drones. It becomes too expensive to capture the images with UAS and it is better to use satellite, because the cost of image acquisition (due to higher number of operator hours) and image processing becomes higher than a scene taken from a LEO satellite,” said Basu.

According to NSR, despite a few market failures and industry consolidations in 2015, the commercial imaging market for satellite will continue growing rapidly in North America, Europe and Asia.