ITU Regional Director Speaks on How Africa is Changing 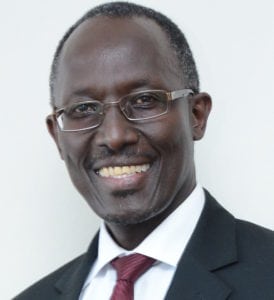 The African telecom’s landscape is also changing on the terrestrial front. More subsea cable is crisscrossing coastlines, fiber is expanding inland, greater numbers of the populace are getting familiarized with mobile phones, and various enterprises are finding new needs for connectivity. More than a dozen nations are also in the process of converting from analog to digital television, opening up opportunity for more channels to broadcast in better quality.

Via Satellite spoke with Andrew Rugege, the International Telecommunications Union’s (ITU) regional director for Africa, about the changes sweeping Africa and how satellite will be involved.

Via Satellite: How has the telecommunications scene in Africa changed in recent years?
Rugege: In the last five to seven years in Africa the terrain has changed tremendously. That is very much due to both mobile and internet penetration that has grown out. In a way, the mobile penetration has been due to liberalization of the telecommunications sector by many governments. This has increased competition and therefore driven higher penetration for Africa. For internet, I think its been driven by mobile broadband. The advent of 3G in Africa, which was not very long ago, has really fast tracked the use of the internet, but also the fact that there is more capacity through submarine cable that has become available. In the last few years we’ve landed at least five submarine cables on the Eastern Africa coast where there was nothing at all. Also the number is increasing on the West African coast, which brought down — not as much as we would like — but brought down the cost of internet capacity. This is taking the sting out of what was provided by satellite.

The change has been reflected in use of ICTs in the areas of health, education and now agriculture in some countries. In some countries e-government has really been picked up; in Rwanda this is very evident.

Via Satellite: How many countries have switched from analog to digital in Africa?

Rugege: We have 10 done, we have 13 at different levels of progress that are ongoing, and we have another 10 that have not yet started at all. The others are restarting and changing, but there are 10 that have been completed.

Via Satellite: What is the ITU’s involvement in the transition from analog to digital?

Rugege: We have developed guidelines that countries can follow and we also provide them with technical assistance. Starting with the setting up of task committees that are not only in broadcasting, but from other ministries as well, they decide on what standard the country should have, the timetable, and funding. ITU is involved on the side of assisting with best practices.

Via Satellite: What are the characteristics of countries that are ahead in Africa when it comes to Information and Communications Technology (ICT)?

Rugege: We have found that, generally, countries that have ICT legislation — that have an ICT policy including policy on internet access — those with legal and regulatory frameworks, and those with broadband plans, those countries have generally made rapid progress in the use of ICTs. Our research has shown that wireless broadband is driving ICT in developed countries.

Via Satellite: Some governments have used satellite as part of universal access programs, and lots of commercial operators are bringing new capacity to Africa. How do you see satellite impacting Africa today, and how might satellite connectivity be involved in the future?

Rugege: I think satellite is still critical in this continent. The penetration of wireline connectivity, including fiber-optics, is still very low not only in urban areas, it’s almost nonexistent in rural areas. The terrain and the lack of other infrastructure means taking wireline connectivity to those locations is a very big task. Therefore radiocommunications, including satellite connectivity is still the solution for most of Africa, inland Africa especially; those areas are completely unreachable by other services.

The cost of space segment has traditionally been the biggest deterrent. But costs have gone down and I think they will continue to go down. As long as that deterrent is removed so that you have the cost of service probably matching or even dropping below what fiber optic and cable can provide, then satellite has got an extremely good chance of being the solution for connectivity in rural Africa especially. Satellite is still the most viable solution, especially now that companies are bringing low trajectory satellites. That is an extremely good development. One of the issues we have with satellite is latency, but with lower flying satellites then that problem also is mitigated.

My personal belief is that, in order for the prevalence of ICT in Africa to match other areas of the world, we must create a critical mass of users. Creating that critical mass is a big task, but one we must continue to follow to lower the costs, increase access to infrastructure like user devices, and more importantly to increase ICT literacy among our people. Those three, you optimize those and you get a critical mass, and that will get to a market level that will regulate itself in cost and affordability.

[Tweet “#Satellite is the most viable solution for Africa, especially now with low trajectory satellites”]

Via Satellite: What in your opinion is that critical mass? Is there a time or percentage?

Rugege: No, I don’t have a percentage, but the figures in penetration are still very low. Until you have many people using the internet, and many companies providing the service, causing competition, you will not see a significant lowering of price. There is another thing: governments and regulatory authorities are getting involved to create not only demand, but supply, and purchasing bulk space segment for example, thus lowering the price to the people. Initiatives like that will be able to bring that critical mass. It will take children that grow up with a culture of using ICT, and initiatives that create a critical mass. But I don’t have a time or a percentage.

Via Satellite: What are some things that are causing nations to fall behind in ICT?

Rugege: Access to both infrastructure and user devices are big drawbacks. Right now to get a smartphone in Africa, it is still unaffordable for most people based on their purchasing power or earning power. And, there is still a huge portion of the population that has no idea what the internet is and what the value of the internet can be to them. We have young people who only get introduced to the internet during or after high school, and that is totally unacceptable. We have to approach the problem from both ends and increase ICT literacy.

Affordability of the services themselves is a big issue. The companies and operators we have seem to want to make a quick Return on Investment (ROI). Maybe that is business, but it cannot work for Africa because when you are looking at high EBITDA, the purchasers can’t afford that, so you only have the small group of people with relatively high income using your service. From what I can see, affordability, access to infrastructure and ICT literacy are the biggest drawbacks.

Via Satellite: What is one big thing the ITU is doing to promote ICT in Africa?