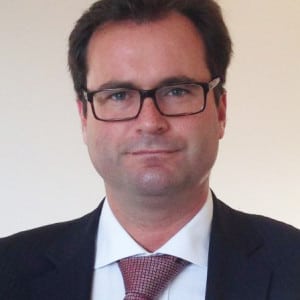 [Via Satellite 10-08-2015] Fibersat, an emerging satellite operator dedicated to serving markets in Africa, is preparing for the launch of its high throughput hosted payload Fibersat 1 in 2018. The Ka-band payload is scheduled to orbit with an Arabsat satellite, where it will provide video, data, and telecommunications services.

Speaking with Via Satellite, Christof Kern, CEO of Fibersat, said that the hosted payload is fully paid for and that the company is in final negotiations with a manufacturer. Fibersat’s business is centered around delivering space-based broadband at a considerably low price point to open the African market. The company’s two primary tactics for delivering these low prices are the hosted payload approach, and next generation High Throughput Satellite (HTS) technology.

“You don’t need to invest half a billion into a major satellite system to drive down cost per bit,” said Kern. “Given the low capex, you can pass on this additional price advantage to customers because the cost of carry is so much lower and operating leverage higher.”

Fibersat has several customers already committed to services from Fibersat 1 after it launches. Kern said the business model for the hosted payload centers on extrapolating the pricing of submarine fiber, which runs along the coasts of Africa, throughout the rest of the continent. Fiber has grown extensively around Africa, and is also growing further inland, but the cost of fiber climbs as it delves further toward the interior. This is where Fibersat sees opportunity.

“The cost structures of both types of fiber are entirely different,” explained Kern. “Look at the cost structure of Nigerian fiber pricing, for example. If you go from London to Lagos you pay less than $100 per Mbps per month and then again from Lagos to the next local exchange in the next city, you pay another $100 to $200 a megabit for every stage. So it is actually cheaper to get fiber capacity from London to Lagos than say Lagos to anywhere within the country. So, do we want to compete against submarine fiber pricing? Not really, but we see ourselves as a perfect complement to submarine fiber.”

The high throughput spot beam design of Fibersat 1 is expected to further lower costs. Earlier in his career, Kern was in charge of corporate strategy and planning at Eutelsat, and prepared the board pitch jointly with the company’s shareholders for KA-SAT, which is now almost full. Kern described Fibersat 1 as a “fourth generation” HTS system, building on progress in designing smaller beams, boosting spectral efficiency and maximizing throughput. He said Fibersat 1 takes a different approach to balancing power and throughput equivalents in order to bring into use additional frequencies.

“The idea is to rebalance the power-throughput equivalent so you save a little bit on power per beam, which has a multiplier effect given the multi-spot beam architecture — it doesn’t need to be 150 beams, but it is still a multiple effect. So you are saving on power, solar panels, tubes, the overall mass, and the launch. All of a sudden, you end up with a relatively small payload but one that gives you the throughput of a medium to large satellite,” he said.

Kern said that though contracts in the data segment tend to be shorter than the broadcast industry — a mainstay for satellite operators — some customers have committed to multiyear contracts of up to 10 to 15 years in duration. The customers desired to lock in prices early, he said. Fibersat is considering gap-filler solutions to meet customer demand now with existing payloads and some of Arabsat’s upcoming satellites, but Kern said Fibersat 1’s specific design to reach a certain cost per bit makes it difficult to reach that goal with existing capacity.

Fibersat has fully funded its first hosted payload and is exploring a specific space-ground infrastructure, but has not decided on one just yet. Kern said the company has not excluded raising money at a later stage depending on the ground network requirements. So far Fibersat is trying to remain neutral in order to give customers greater decision-making power. Kern said Fibersat has frequency options that could lead to more spacecraft in the future, but, for now, the company’s primary focus is on carving a niche in the African satcom market with Fibersat 1.

“If the price is right then people will more aggressively buy or go for satellite,” he said. “That is the only way for satellite to position itself to be part of the next broadband infrastructure.”