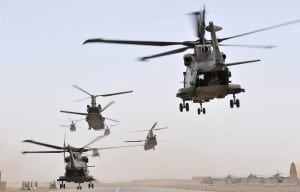 [Via Satellite 09-30-2015] NSSLGlobal and Eclipse, a Paris-based airborne satcom specialist, have teamed to deliver a new In-Flight Connectivity (IFC) service for military customers. The companies announced earlier this month the creation of a joint venture named Aerosatcom that will serve these customers globally from the United Kingdom.

The aeronautical market is viewed as a lucrative but daunting business to enter for the satellite industry. Both NSSLGlobal and Eclipse have experience that, combined, they hope will forge a strong new entrant to this market. According to NSSLGlobal’s Group Sales Director Peter Crafter, the partnership brings together enough technical and business acumen to pursue what has been a long-term goal for the company.

“The strength in the relationship is that Eclipse brings the aero-component to this whereas NSSLGlobal, we’ve long had a desire to be in this marketplace but we don’t have the technical capability on our own. Without investing a huge amount of money, this is a really good way to move this forward. We bring the infrastructure, the connectivity from Inmarsat and the relationship at a tier-one distribution level. That gets us in at a good level with Inmarsat,” he said.
Shaun Flanagan, sales director at Eclipse, told Via Satellite that Aerosatcom will merge the challenging and specialized worlds of Mobile Satellite Services (MSS) and the aviation industry. For satellite operators this is often difficult, he said.

“When you work within either of those very complex industries, while operators are extremely experienced at launching satellites and operating satellites, the world of aircraft is really not their domain. The modification of aircraft, the installation of equipment, what it takes to get those terminals flying that they generally either just place on a building, or in a more complicated environment, on a vessel or vehicle. The complexity of getting antennas or terminals right is much more challenging in the aeronautical environment,” he said.
Flanagan said Aerosatcom will be up and running before the end of 2015. Both Crafter and Flanagan will be directors at the joint venture, with Crafter leading business development and Flanagan heading sales activity. Flanagan said Aerosatcom will look to offer Ka-band and L-band connectivity, and that the company is currently in negotiations with satellite operators besides Inmarsat for additional capacity.

Regarding the needs of the military aviation sector, Flanagan said Information, Surveillance and Reconnaissance (ISR), and connectivity for head of state or VIP platforms are the two greatest needs. Each requires a unique connectivity solution.

“Generally, when you are flying an ISR platform, you are trying to get data off an aircraft, and very often that data is in the form of video, whereas for the VIP/head of state market, it’s generally trying to get information onto the aircraft. That’s where Aerosatcom will come in with some innovative solutions to make sure the customer is getting the amount of data they need with the appropriate bandwidth and type of connection for their applications to work,” he explained.

Flanagan added that, between now and launching, Aerosatcom will be contacting target distribution partners to discuss services that will be available to them. The joint venture is targeting customers primarily in the Europe, Middle East and Africa (EMEA) region, and is putting together a global footprint.

“The opportunity as we see it is really around how we can engage resellers that have access to these government markets who currently are probably somewhat afraid of taking a step into that market when aero is a fairly complex beast to deal with. I think by bringing the two together, we are going to have a very powerful, compelling way of encouraging resellers to move forward in that marketplace,” added Crafter.

Flanagan said both NSSLGlobal and Eclipse have existing aeronautical customers with new aircraft coming online that will likely translate into business for Aerosatcom. Crafter mentioned NSSLGlobal has connections with the U.K. government sector that could be beneficial as well. Since announcing Aerosatcom, the companies have seen some new interest, according to Flanagan.