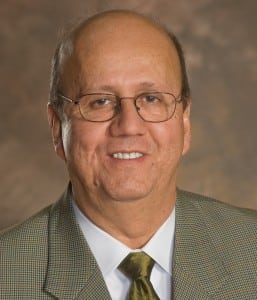 [Via Satellite 05-05-2014] As the largest country in Latin America and fifth largest in the world, Brazil presents a major market opportunity for the satellite industry. Hughes’ Brazilian subsidiary Hughes do Brasil’s recent contract for all of the Brazil-dedicated Ka-band capacity on Eutelsat’s upcoming satellite Eutelsat 65 West A testifies to the company’s confidence in the region. According to Delio Morais, president of Hughes do Brasil, it is no secret that the company has been eyeing this market for many years. After providing services in Brazil for more than a decade, he explains why Hughes chose to make such a large investment now.

Hughes do Brasil had been evaluating its options using Ku-band capacity, but found the technology to be insufficient. Advances with High Throughput Satellites (HTS) have driven down the cost and boosted the efficiency of Ka-band enough to validate long-term capacity investments.

“I remember 10 years ago we did several simulations. In order to get 64 Kbps for a customer, the price we should have charged based on Ku-band was something nobody would buy — and we’re talking about 64 Kbps! Today the minimum for a customer must be over 10 Mbps [or else they wouldn’t be interested],” said Morais. “With Ka-band, we are talking about roughly 24 Gbps. This capacity is equivalent to 20 traditional satellites at the same cost. In other words, I can give to my customers high capacity services at a reasonable cost thanks to Ka-band.”

Hughes do Brasil is targeting the Brazilian market in Ka-band for the delivery of broadband services. According to Morais, medium-sized cities have a strong demand for Internet access by satellite. Cities like São Paulo, Brazil use fiber and other terrestrial sources of broadband, but as they grow, the outskirts also have an unmet need for connectivity.

“We are not going to try to sell broadband in São Paulo downtown, but we do believe that even in big cities, [we can reach] suburban areas where the populations are not very well served,” said Morais. “Regardless of the growth of the population, the unserved market in Brazil is so big that even if there is no organic growth in terms of population, the population that is currently living in these areas and requiring broadband is big enough to justify this kind of investment for the next 15 years.”

The focus of Hughes do Brasil’s contract is, for the time being, exclusively dedicated to broadband services. Morais said Ka-band will not be used for cellular backhaul. It is possible the company will use some of its capacity on Eutelsat 65 West A for the video market some time in the future. Such a move could fill the void left after a Direct-to-Home (DTH) joint venture fell apart in 2013.

Eutelsat 65 West A is under construction by SSL, and is slated to launch in 2016. The satellite carries 24 Ka-band transponders, of which 16 are dedicated to Brazil. Hughes, through its subsidiary, has established its presence in the country and has connected with local companies as well. Hughes do Brasil sees HTS as a major market enabler for satellite throughout the country.

“Our idea is to replicate in the Brazilian market the business case we have in the U.S. That is the basic reason for this agreement with Eutelsat,” said Morais. “Ka-band started in the United States seven to eight years ago. Then we started getting Ka-band in Europe and Africa and the Middle East and so forth. Now it’s time for Brazil.”