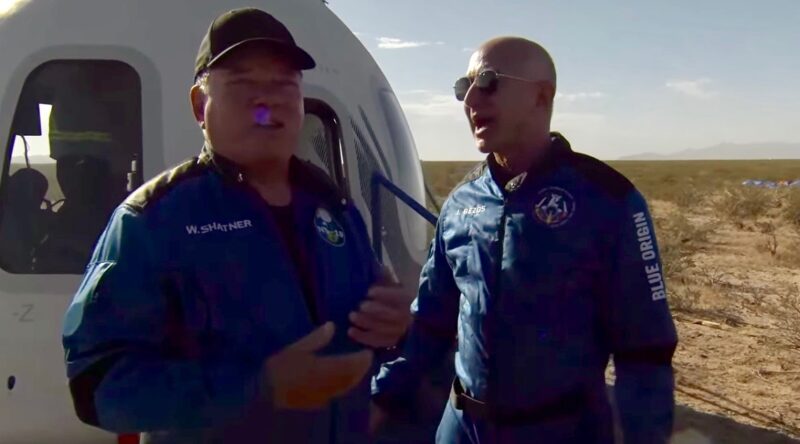 Blue Origin made safety a primary focus of the conversation around its second human spaceflight launch on Wednesday as the company faces allegations and concerns relating to leadership, safety, and workplace culture.

Recently Blue Origin has come under fire after Alexandra Abrams, the former head of Employee Communications, joined 20 other anonymous Blue Origin employees in an open letter criticizing the company’s work culture and approach to safety and environmental sustainability. The letter alleged that workers were often encouraged to prioritize execution speed over quality control, and that critical employees were offered payment to sign non-disclosure agreements.

Soon after, journalists Eric Berger of Ars Technica and Christian Davenport and Rachel Lerman of The Washington Post and others shared accounts from current and former employees calling the company’s culture toxic.

The Federal Aviation Administration (FAA) then put out a brief response that it will investigate the claims in the letter.

Blue Origin has not released a public statement on the allegations, and CEO Bob Smith wrote a letter to employees with the message that harassment and discrimination are not tolerated at the company.

Amid this public relations storm, Blue Origin launched actor William Shatner, beloved for his role as Captain Kirk on “Star Trek,” into space. It was only the second human spaceflight for the New Shepard rocket after sending a crew with founder Jeff Bezos to space in July.

At the start of the launch broadcast, Blue Origin representatives addressed rocket safety. In a pre-recorded video, Senior Director of New Shepard Safety Andrew Lake said that hundreds of people have been involved with making New Shepard a safe vehicle.

“I’ve never seen a team more diligent, more patient, and the constant awareness and the vigilance required to raise issues and make sure they’re addressed before we decide that it’s time to fly people,” Lake said. “There are a lot of people at Blue that would be excited to fly New Shepherd and I’m happy to count myself as one of them. It’s a fantastic system, it’s a very robust system.”

Wednesday’s launch was a success, as the New Shepard rocket took off from Launch Site One in West Texas at 9:49 am CDT. The crew capsule separated from the rocket booster, which returned to the launch pad. The crew capsule reached an apogee of 347,539 ft above ground level, and then touched down in the desert just over 10 minutes after liftoff.

It was clear that Shatner was incredibly touched by the experience as he hugged Bezos and talked to him after the flight.

“What you have given me is the most profound experience,” Shatner said. “I’m so filled with emotion about what just happened. It’s extraordinary. I hope I never recover from this. I hope that I can maintain what I feel now, I don’t want to lose it.”