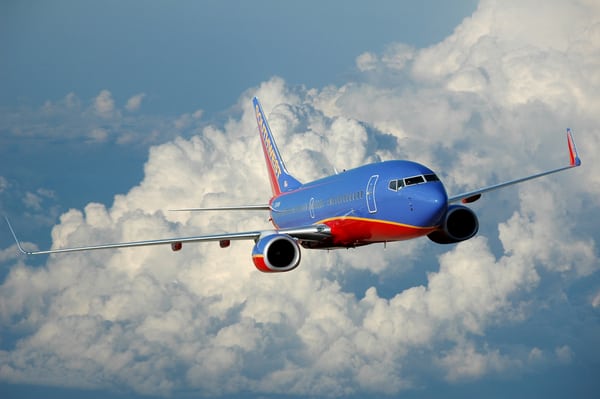 Tara Bamburg, associate manager of WiFi and in-flight entertainment at Southwest Airlines, spends a lot of time coming up with new, creative ways to implement connectivity in skies. At the upcoming Global Connected Aircraft (GCA) Summit, Bamburg will share some of the insight she’s picked up as Southwest Airlines has looked to satellite to broaden its in-flight capabilities.

Via Satellite took a moment to chat with Bamburg to see what she’s most excited to see next from the satellite world, and for a sneak peek of some of the ideas she’ll share during “The New Parameters of Measuring the Customer Experience” panel at the GCA Summit in Arlington, Virginia, between June 7 and 9. 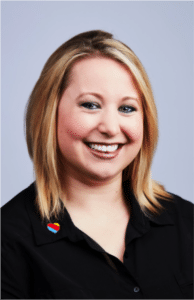 VIA SATELLITE: Where is Southwest Airlines now when it comes to in-flight entertainment? What features do you offer your customers?

Bamburg: Here at Southwest, our platform is all personal devices. We don’t have any overhead screens or seatback screens, so everything is directly to the customer’s personal electronic device. Within our in-flight entertainment portal we have the ability for customers to purchase Wi-Fi connectivity and access to some of their messaging apps.

We have movies on board our planes; they’re stored locally. We have a really popular live TV program that’s completely free to our customers. They have access to just shy of 20 different live TV channels so they can stay connected while on the go. We have stored on-demand TV as well.

In the general portal we’ve gotten a lot of engagement with our customers with our flight tracker. We have city guide information for the destinations customers are flying into so they can see all the popular places to eat, drink, and play while they’re on the go, too.

We’ve got a few tricks up our sleeve. We’ll have some new stuff that starts catering to our business customers who are on the go and customers who aren’t as entertained by the other offerings that are available.

VIA SATELLITE: What influenced the decision to focus on personal devices?

Bamburg: We made that decision several years ago. We know that a lot of our competitors still had overhead and seatback screens but we saw more and more of our customers bringing electronic devices on the plane, and we didn’t anticipate that trend would stop. Also, there’s a ton of maintenance that comes along with those systems. We’re a low cost airline, so adding wires and weight to the plane wasn’t really what we were looking for. We have an open-seating policy so we didn’t want customers to run the risk of sitting behind a screen that didn’t work whenever the boarded the plane.

VIA SATELLITE: What trends are you noticing in customer demand for connectivity?

Bamburg: They want everything and more. I think we’re seeing more customers really trying to stay connected to what’s going on in that moment. It’s something as simple as staying connected to their email while they’re on the go, or connecting to different news sites — really just trying to have the peace of mind to know what’s going on back on the ground.

I think if customers had their way they would all want to be able to access the same things they’d be able to at home. Of course, we know that’s a bit difficult in our environment because the connectivity 35,000 feet in the air is much different than connectivity on the ground. So I think all airlines are trying to find different ways to make sure that customers don’t feel like they have limited access on the go. If they want to be able to view their own stored shows and things like that, we’re trying to find ways to make that happen for them or provide a simple solution that can at least somewhat substitute for that.

VIA SATELLITE: What are some ways you meet that demand for connectivity while keeping costs low?

Bamburg: We have quite a few great partners. For example, TV is free for our customers. Some of those costs are offset by Hertz. They have the ability to show a commercial before customers start watching live TV. It’s a win/win for them as well to showcase their offering, and the customer gets free live TV for their entire flight.

We do give away Wi-Fi free for our A-list Preferred members, so obviously that’s a huge amount of our usage. So even though we don’t have a sponsor for that, we like to make sure that our tier members are really appreciated while they’re on the go and can take advantage of such a benefit while in-flight.

The IFC environment is always going to be a few steps behind what can happen on the ground. So ensure that you’re fulfilling a need and trying to keep up with customer expectations but also make sure that you’re setting realistic expectations with customers. Yes, you can check your email, but there’s no way you’re going to be able to download a 7GB file in three minutes. So we’re making sure they understand what that experience is going to be like and setting those parameters ahead of time.

VIA SATELLITE: What kind of improvements would you like to see regarding hardware equipage?

Bamburg: As with anyone from an airline perspective, weight is very important to Southwest. For a hardware component, the weight that goes with that is always something we would like to see minimized even further without necessarily sacrificing the ability of the different components.

VIA SATELLITE: How are you leveraging satellite connectivity outside of entertainment purposes?

Bamburg: We’ve seen a lot of success with our Electronic Flight Bags (EFBs) for our pilots. They all have iPads distributed to them. When they’re on the go, they get real-time weather information sent to those iPads. So, if they’re flying from Chicago to Phoenix and all of a sudden a weather pattern pops up that wasn’t anticipated when they took off, then they have an easier ability to reroute to go around that storm. It creates a better customer experience as well just because you don’t run the risk of going through as much turbulence. Even if it creates a longer route it gives them more information so they can make decisions on the fly.

I think there are a lot of other opportunities from a maintenance perspective and from the flight attendant perspective. We always try to keep top of mind the fact that it’s a fine line we all walk here. Because we do have customers paying for the service as well, you want to make sure you’re giving them the service they feel they deserve based off of what they’re paying. The more bandwidth that you utilize in operational areas, then potentially the less bandwidth that’s available to those customers who are paying for it.

VIA SATELLITE: Are there any ways in which Southwest’s approach to IFC is unique?

Bamburg: I think one is the fact that we wanted the satellite service right out the gate. We didn’t start with an Air-to-Ground (ATG) network and then transition to satellite. I think it has put us in a great position because we see so many other airlines having to make that transition from ATG to satellite while we saw the value in satellite in being able to go over water. We’re flying more and more international and near-international routes, so being able to provide that connectivity while customers are on those flights has been really beneficial.