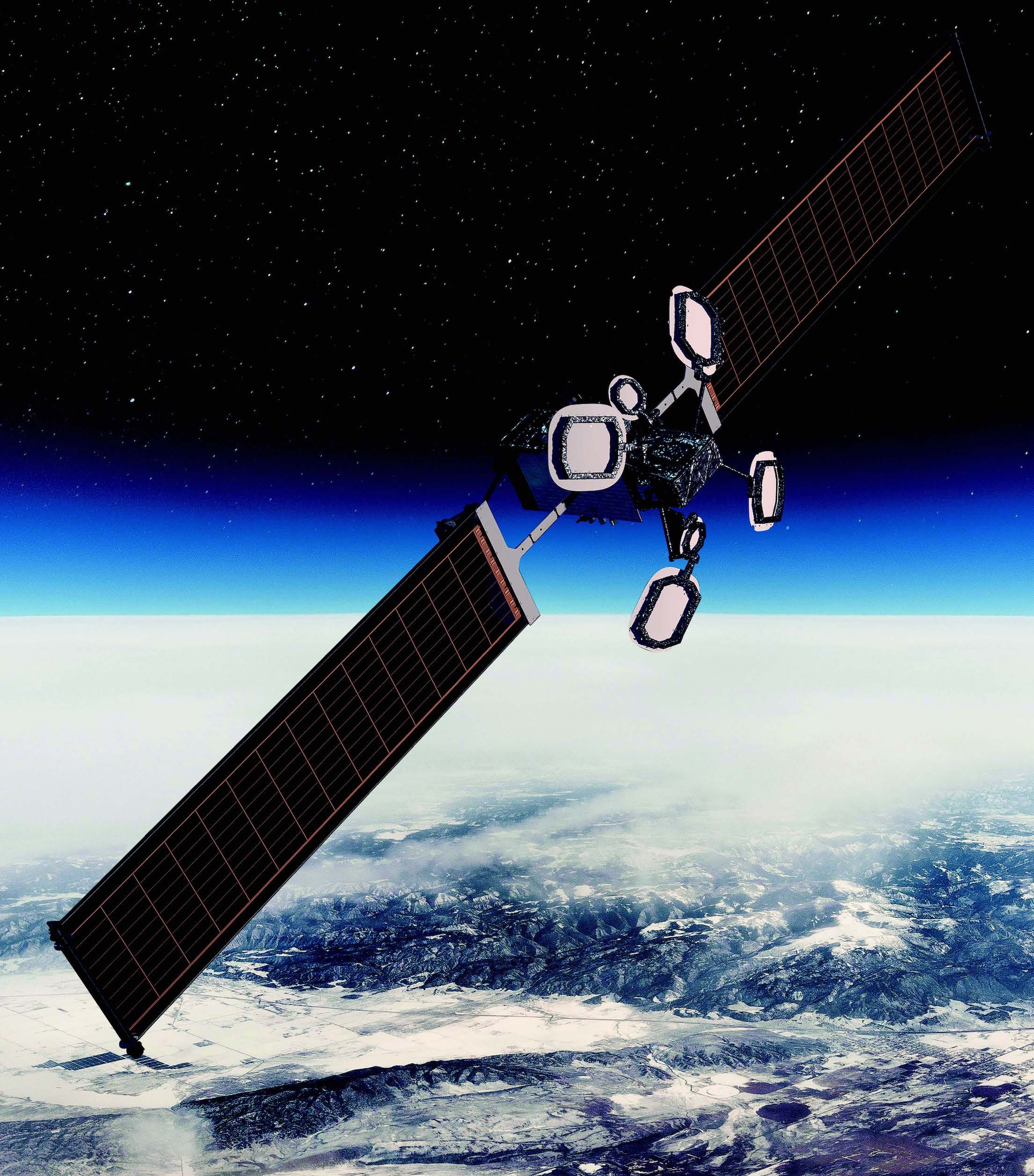 Swedish company Ovzon is targeting launch of its Ovzon 3 satellite between December 2022 and February 2023, the company said in its second quarter financial report on Aug. 18.

Delayed components, including reaction wheels from Honeywell Aerospace, have now been delivered to production partner Maxar Technologies. Ovzon has also delivered its in-house on-board-processor, which has been integrated and is under testing on the satellite. The satellite is now entering the final stages of integration and assembly including the thermal vacuum test.

The company said that if tests go well, launch will take place sometime during the period December 2022 to February 2023. Ovzon 3 has a slot with Arianespace for launch at the spaceport in Kourou, French Guiana. The satellite is expected to enter service about four months after launch.

Ovzon ordered the satellite in 2019, and originally expected it to launch by the end of 2021. Launch was previously delayed because of the components.

Intelsat General reduced a pre-capacity commitment of $56.2 million by 5% in the third quarter and will likely be adjusted in the fourth quarter to $47.8 million because of the delay. “Considering our solid relationship and collaboration with Intelsat and IGC and the increased demand for our services, it is our assessment that this will not have any impact on future revenues for Ovzon 3,” CEO Per Norén said.

Ovzon reported 178 million Swedish krona ($17 million) in revenue in the first half of 2022, a 152% increase over the same period last year.

Norén spoke with Via Satellite earlier this year about how Ovzon 3 will improve the company’s satcom-as-a-service offering. “Our mission [is] to revolutionize mobile broadband by delivering the highest data rates to the smallest mobile terminals. While our service today certainly sets that standard, there are no other satellites in orbit or in production that can truly revolutionize the industry and provide the performance, agility, and resiliency that Ovzon 3 brings to the market. Ovzon 3 will also enable new generations of even smaller satellite terminals, providing even greater levels of mobility,” he said.