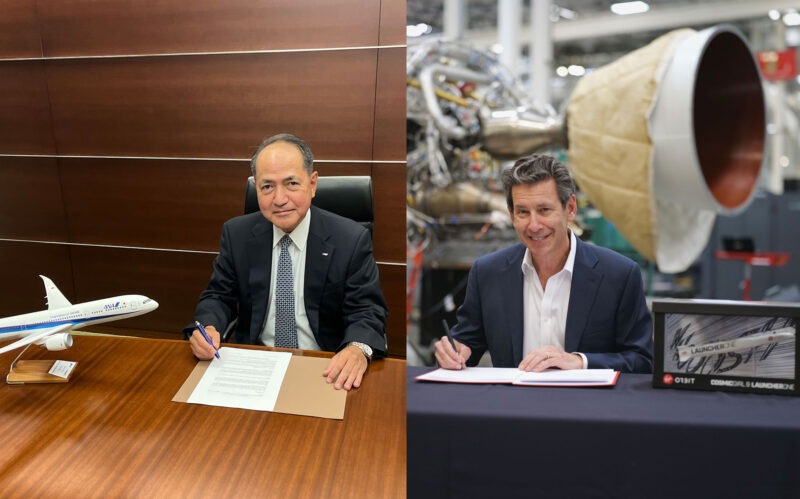 Virgin Orbit has signed an MoU with the holding company of Japan’s largest airline that paves the way for 20 LauncherOne flights from Japan.

On Nov. 4, Virgin Orbit announced the MoU with ANA Holdings, the owners of Japan’s largest airline, All Nippon Airways (ANA), which will procure 20 flights of the LauncherOne rocket and lead an effort to provide funds and support for those orbital missions to launch from Oita, a coastal prefecture on Japan’s Kyushu Island. This agreement could see a LauncherOne flight from Oita as soon as the end of 2022.

Ana Holdings has also agreed to work with partners to fund manufacturing for a new set of the mobile ground support equipment used to prepare Virgin Orbit’s LauncherOne system for flight from a pre-existing runway.

Virgin Orbit uses an air-launch system, in which a rocket is deployed from a modified Boeing 747 in flight. The company plans to bring its system to countries around the world, and also has an agreement in place with Brazil.

This agreement comes at a time when Japan’s space industry is rapidly growing. The number of space start-ups in Japan has more than doubled since 2015, the companies said.

“Demand for satellite launches in Japan and Asia is rapidly increasing, and it is hoped that the number of launches will be desired from the customers. Virgin Orbit offers something no other launch company can, and that capability will be extremely valuable to the growing space industry in Japan and throughout the region,” commented Koji Shibata, ANA executive vice president.

This follows on an MoU Virgin Orbit signed with ANA Holdings in 2019, which set out a long-term partnership. At the time ANA Holdings agreed to evaluate adding aircraft to support Virgin Orbit’s local launch operations, and to partner with Space Port Japan to select a launch site to host LauncherOne in Japan. Last year, the companies signed a further agreement to build a horizontal launch site in Oita.