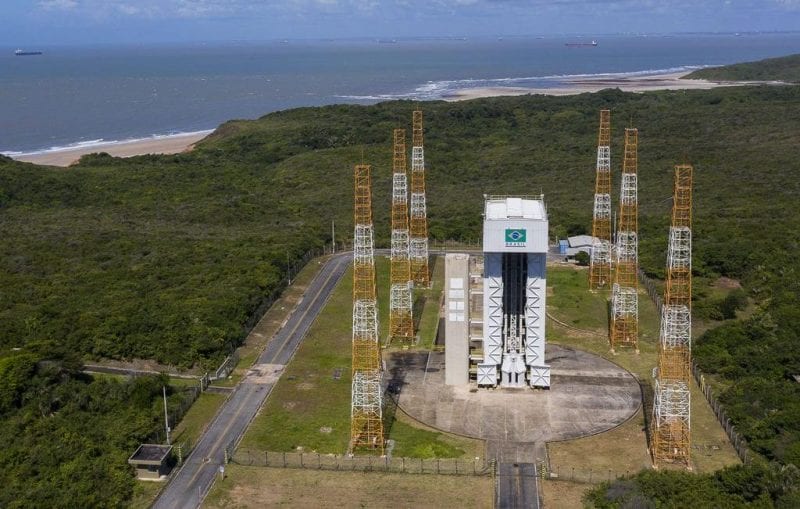 Built in 1982, Alcântara is located just two degrees south of the Equator, a location that makes it one of only a few continental spaceports in the world capable of reaching any orbital inclination. Despite this, the spaceport has remained mostly inactive due to past launch failures, a number of international partnerships that fell through, and the proximity of the much more active European Spaceport in French Guiana.

Brazilian president Jair Bolsonaro attempted to kickstart the nation’s space program in March 2019, when the government formally opened up the Alcântara spaceport to U.S. satellite launches. If Virgin Orbit is successful in establishing launch services, Alcântara would become the second orbital-class spaceport in all of South America, and only the fifth in the entire Southern Hemisphere.

“Alcântara is one of the most ideal places in the world for launching rockets,” said Moura. “It is close to the equator, which increases the launcher’s payload capacity, and allows a wide range of azimuths for launches, with access to all orbits. When we put the center into operation, we will overcome a historic challenge for the program, which means a commitment to Brazil and the world community towards ever greater achievements for humanity.”

Financial details of the contract were not disclosed and no timetable was given for when launches would commence. Virgin Orbit CEO Dan Hart said his company is ready to transport the ground equipment needed to begin launching.

“The people of Brazil have been patiently and diligently working towards orbital launch for many years now, and it will be a tremendous honor to help make that vision a domestic reality,” said Virgin Orbit CEO Dan Hart. “Space launch will bring a key capability to the nation and to the space community, while helping address the long-standing needs of the local community.”