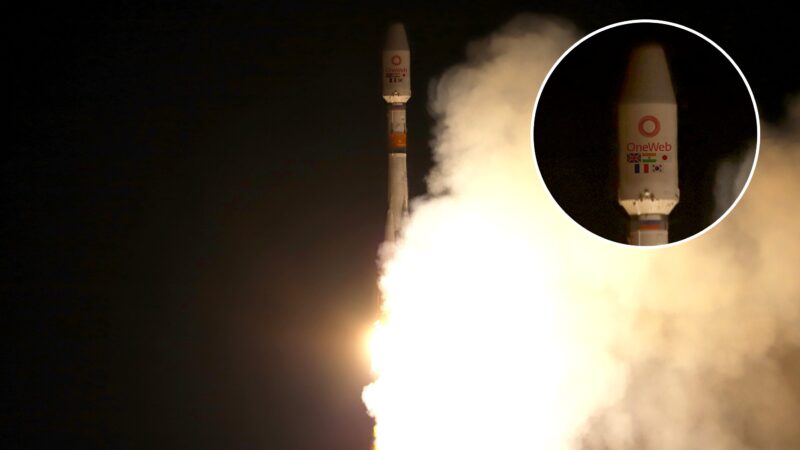 OneWeb is kicking off broadband service demonstrations after a Thursday Arianespace launch brough its constellation to 358 satellites.

A Soyuz rocket, operated by Arianespace and its Starsem affiliate, took off from Russia’s Vostochny Cosmodrome at 6:40 pm. local time on Thursday, Oct. 14. All 36 OneWeb satellites onboard were deployed over nine separation sequences. The mission lasted just under four hours. OneWeb confirmed signal acquisition on all satellites.

With this launch, OneWeb has now deployed more than half its planned 648-satellite, first-generation Low-Earth Orbit (LEO) constellation. The company is targeting global broadband service by 2022.

The operator is starting service demonstrations of its hardware and capabilities at demonstration centers at the company’s headquarters in London and at the Westcott Venture Park Innovation Centre in Buckinghamshire, as well as in the U.S., in Talkeetna, Alaska, and Germantown, Maryland.

In a recent interview with Via Satelite, CEO Neil Masterson said remote areas have a “visceral” demand for connectivity, and the company is seeing broader use cases than previously thought.

“As we talk to customers, we are seeing different use cases, whether community Wi-Fi, corporate Wi-Fi, cellular backhaul. We are seeing a multi-terminal strategy,” Masterson said. “In some cases, they will be on an industrial scale, so bringing a ton of low latency capacity to as big an area as possible, to having small ESA [Electronically Scanned Antenna] based terminals. We are working with the industry to unlock those opportunities and making sure we have multiple user terminals for different use cases.”