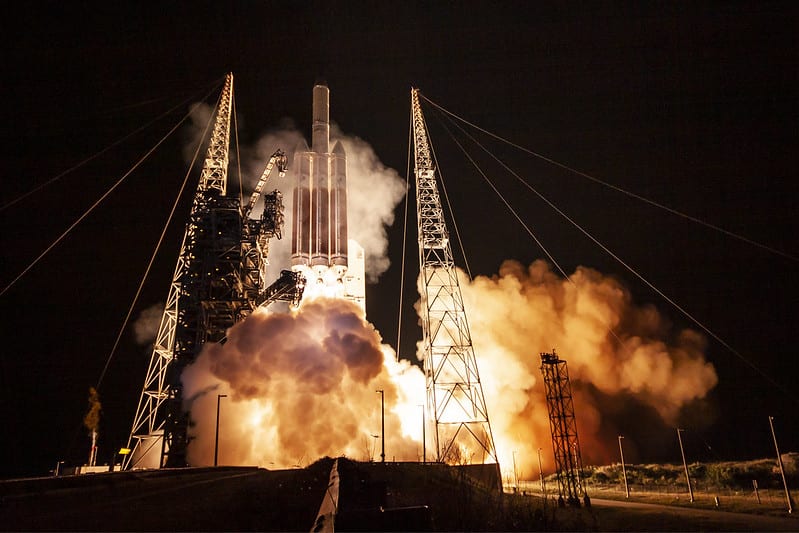 The launch was successfully after a series of delays. It was delayed in June and August, and scrubbed Aug. 27 due to an issue with a ground pneumatics control system. There were also delays and a scrub in September.

The NRO did not provide any information about the classified payload. The NRO is the U.S. government agency tasked with designing, building, launching, and maintaining America’s intelligence satellites. NROL-44 was the agency’s fifth launch of 2020. The last launch was a ULA Atlas V mission in November, after a Northrop Grumman Minotaur IV mission in July, following Rocket Lab launches in June and January.

This was ULA’s 41st launch of the Delta IV rocket, and the 12th in the Heavy configuration.

“We are honored to launch the first payload from the newly renamed Cape Canaveral Space Force Station. I want to thank our mission partners for their collaboration and teamwork as we worked through technical challenges that culminated in the launch of this critical national security payload,” said Gary Wentz, ULA vice president of Government and Commercial Programs. “The Delta IV Heavy again demonstrated its success as the nation’s proven heavy lift vehicle, through its unique capability to deliver this mission to orbit due to a combination of performance and fairing size.”

ULA’s next launch is the STP-3 mission for the U.S. Space Force, scheduled for first quarter 2021.