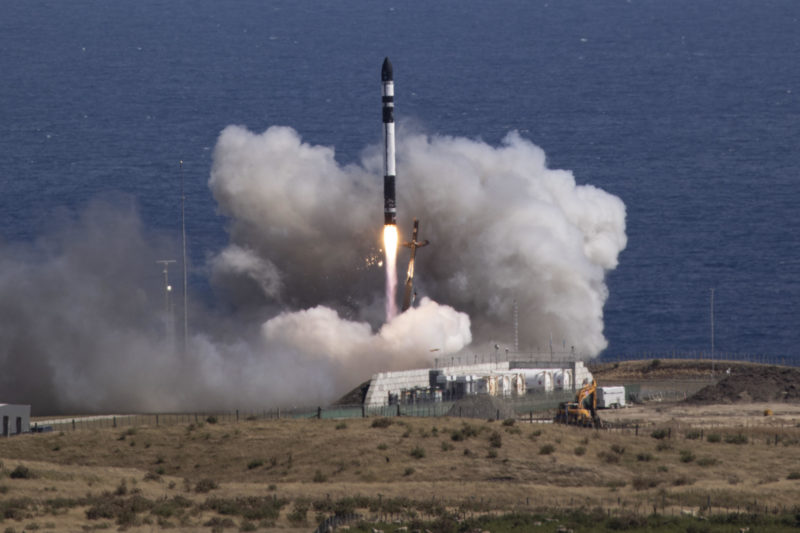 Rocket Lab launched its first mission of the year — dubbed “Birds of a Feather” — on Friday at 02:56 UTC from the company’s Launch Complex 1 on New Zealand’s Mahia Peninsula. The mission carried  dedicated payload NROL-151 for the National Reconnaissance Office (NRO). It was the smallsat launcher’s 11th Electron launch.

Rocket Lab CEO Peter Beck tweeted that the Kick Stage deployed the payload, confirming mission success. Rocket Lab opted for a guided re-entry of the Electron’s First Stage, and it had a planned impact at sea.

“Thank you to the entire team who helped make our first dedicated launch from New Zealand a success,” said U.S. Air Force Col. Chad Davis, director of the NRO Office of Space Launch. “We especially thank the men and women of both Rocket Lab and the New Zealand Space Agency for their focus and hard work helping us achieve another successful mission for the NRO. We look forward to our continued collaboration.”

The NRO awarded Rocket Lab the contract under the Rapid Acquisition of a Small Rocket (RASR) contract vehicle, which allows the office to explore launch opportunities for a streamlined, commercial approach for getting small satellites into space

“It’s an honor to be flying this mission for the NRO,” Max Munsey of Rocket lab said on Friday’s webcast. “The data collected by the NRO is used to support a variety of military and civil operations such as keeping U.S. and allied forces out of harm’s way, as well as supporting civil agencies to asses devastation caused by natural disasters such as hurricanes and wildfires and to assist with the associated relief efforts.”

Rocket Lab announced in January that the company has started construction on a new Long Beach, California, facility which will serve as its headquarters, provide incremental production capacity, and Mission Control Center capabilities.