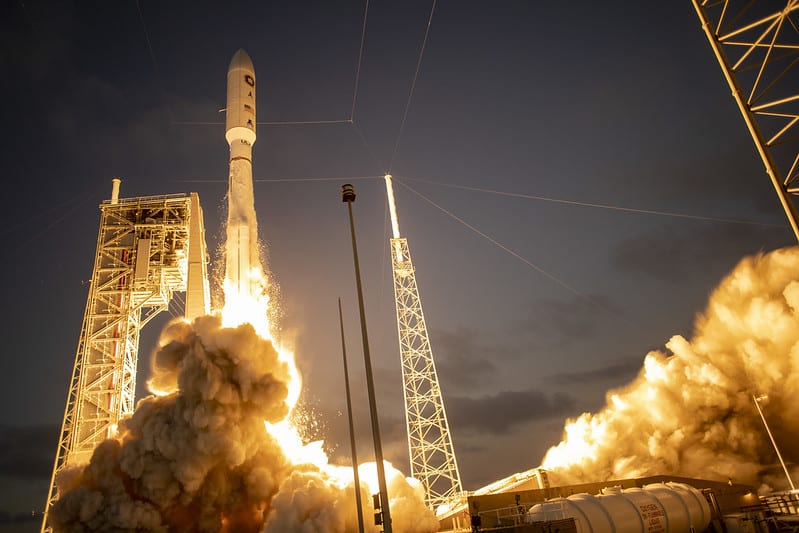 “Thank you to our mission partners, the NRO and the United States Space Force for their continued confidence and partnership with ULA,” said Gary Wentz, ULA vice president of Government and Commercial Programs. “This launch was the inaugural launch of our new GEM [Graphite Epoxy Motors] 63 solid rocket motors, an instrumental step for ULA to build flight experience in preparation for the Vulcan Centaur, our next generation launch vehicle.”

It was the 86th Atlas V launch and the fourth in the 531 configuration, which has a 5-meter payload fairing and additional thrust provided by three solid rocket boosters. The 531 launched the first three Advanced Extremely High Frequency (AEHF) satellites for the U.S. Space Force and will loft a pair of C-band satellites for SES in 2022.

This was ULA’s 29th launch for the NRO. ULA is also set to launch NROL-44 for the NRO on a triple-core Delta IV Heavy.