SpaceX First-Stage Rocket Returns to Vandenberg After Deploying SAOCOM 1A 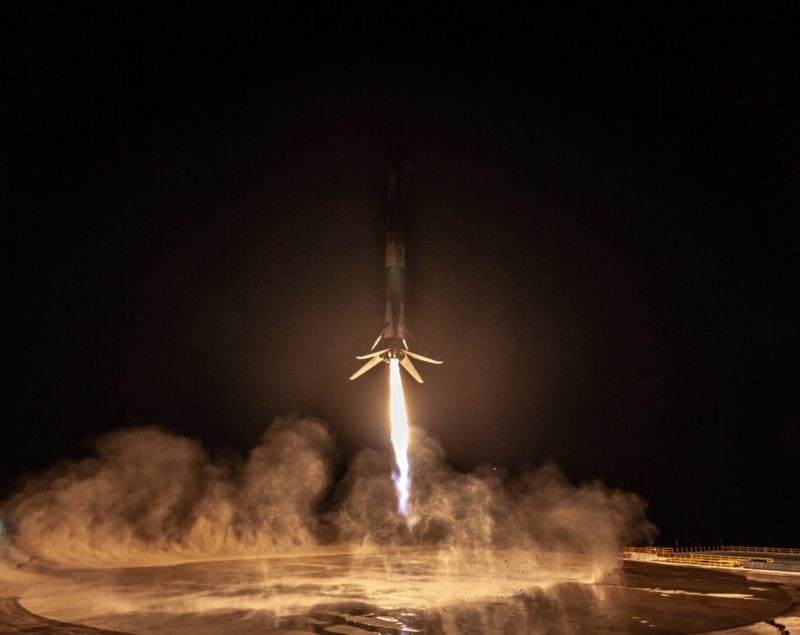 SpaceX‘s seventeenth launch in 2018 was a success, also signifying the first land landing on the United States’ west coast. The space company successfully launched the SAOCOM 1A satellite on Sunday, Oct. 7 at 10:21 p.m. EST from Space Launch Complex 4E (SLC-4E) at Vandenberg Air Force Base in California. The satellite was launched on a Falcon 9 rocket, deployed about 12 minutes after liftoff, and delivered to Low Earth Orbit (LEO). Following stage separation, Falcon 9’s first stage returned to land at SpaceX’s Landing Zone 4 (LZ-4) at Vandenberg Air Force Base. LZ-4 is built on the former site of Space Launch Complex 4W, from which Titan rockets were previously launched.

The SAOCOM 1A satellite is operated by Argentina’s Space Agency, the National Commission on Space Activities (CONAE). The satellite carries an active instrument consisting of a Synthetic Aperture Radar (SAR), which works in the microwave range of the electromagnetic spectrum, particularly the L-band. The SAOCOM 1 mission consists of a constellation of two identical satellites, SAOCOM 1A and 1B, each of which carries an L-Band SAR polarimetric instrument.