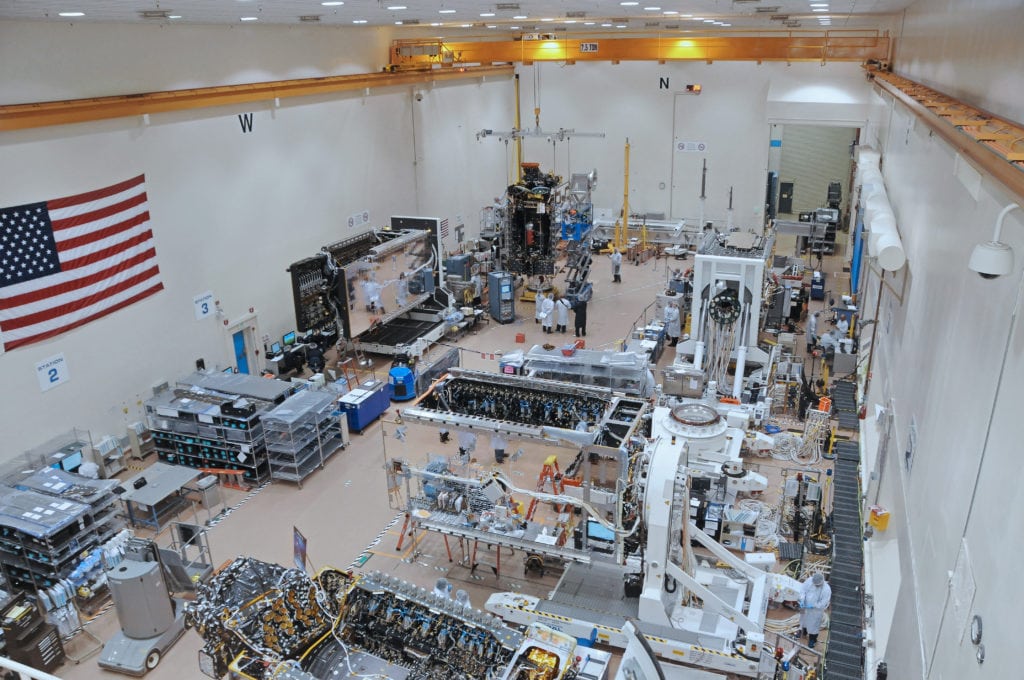 [Via Satellite 09-16-2016] Satellite manufacturers anticipate that flexible, software-defined spacecraft will be easier to produce than today’s highly specialized units, which is good because manufacturers don’t expect the same business models that work today are going to last much longer in the future. At World Satellite Business Week’s “Satellite Manufacturing: Evolution or Revolution” panel Sept. 14 in Paris, the general consensus was that the industry is currently in the midst of an evolution that is escalating into a full-blown revolution regarding how satellites are made.

In general, manufacturers spoke with unanimity on changes like the gradually increasing use of additive manufacturing, the optimization and consequent adoption of electric propulsion, and the implementation of “smart factory” techniques. The big change, or “revolution” most expect is for digitization to prompt a major shift in the way satellites are built and used.

“What’s interesting about the digital, or flexible payload, is as more capability is provided, they become simpler to build,” said Mark Spiwak, president of Boeing Satellite Systems International. “There are less parts, there is less complexity, and that reduces cost.”

Spiwak said it should not be a surprise to anyone that customers don’t want stranded bandwidth anywhere, but would rather have flexible payloads that allocate in-space resources according to customer needs. Describing the industry as “ripe for digitization,” he said operators desire the ability to put bandwidth where it’s needed, when it’s needed, and affordably to boot.

“When we started looking at the flexible payload, or software-defined payload, we looked at those not necessarily as a way or a tool to improve the performance of the satellites and the payloads onboard the satellite. We started looking at these as a means to reduce schedule by 50 to 60 percent and reduce costs by about the same amount,” said John Celli, president of Space Systems Loral (SSL). “Why? Because a software-defined payload allows you to build repeaters to inventory.”

Celli described future satellite procurement as potentially similar to purchasing a car, where operators could look at available options, choose what they want, and purchase something that best fits their needs. The ability to program a payload both before and after launch, allows payloads to be built en masse at a low cost, he said. This, along with a new initiative at SSL to create more “octagonal” satellites that better match the space within cylindrical rocket fairings, are efforts by the company to make more capable satellites, which Celli said industry desperately needs.

“The technology is changing, and for our customer to wait three years for a satellite, and then make the commitment for 15 years — which is really done only because their board requires a certain Return on Investment (ROI) — it wont be possible anymore. There are other dynamics that are going to come into place,” he said.

Frank Culbertson, president of Orbital ATK’s space systems group, echoed a similar point saying satellite operators are under a lot of cost pressure from not only industry competition, but also from terrestrial players.

“We are seeing that the quicker we can get a satellite to orbit, the more competitive we can be and the more responsive our customers can be. So working on ways to shorten timelines from a Request for Proposal (RFP), and not just the discussion part but the actual execution. I think you are going to see that throughout the industry where people are competing not just on cost but on time,” he said.

Jean Luic Galle, president and CEO of Thales Alenia Space, said High Throughput Satellites (HTS) will probably be the main trend driving growth in the satellite manufacturing business in the future. This includes Very High Throughput Satellites (VHTS) and other powerful assets such as future terabit level spacecraft. To get there, he said flexible payloads will be key.

“So what are we working on? Very simply: software. I’ve been working in a lot of high tech industries, and satellites are one of the last objects — very high tech, very sophisticated — where hardware has the main importance compared to software,” said Galle, adding that most of Thales Alenia Space’s recent hiring has been from the software field.

“It used to take many years to develop digital processes and then they would fly for 15 years — that is gone. We need to be developing digital processes much faster,” added Arnaud de Rosnay, SVP of telecommunications satellites and space systems at Airbus Defence and Space. De Rosnay said Airbus Defence and Space is seeing digital processing increasing across many programs, yielding improvements like reducing time for testing. He described Eutelsat Quantum, the company’s first software-based satellite design, as a “Swiss Army Knife” style satellite capable of changing coverage, band or power at will. Airbus subsidiary SSTL is building the platform, with support from the European Space Agency (ESA) and the U.K. Space Agency.

Lockheed Martin, which began an extensive overhaul of its flagship satellite bus, the A2100, in 2013, is also adding new flexible on-board processing capabilities to commercial satellites. Scott Lindell, VP of strategic planning for commercial space at Lockheed Martin, said the company is focused not only on making its satellites much more capable in putting capacity where it is wanted, but is also making extensive strides to bring ground segment technology up to par with the space segment side.

Lindell said Lockheed Martin has reorganized its internal structure to bring the ground segment and space segment elements into one organization to help enable the architecting of end-to-end solutions.